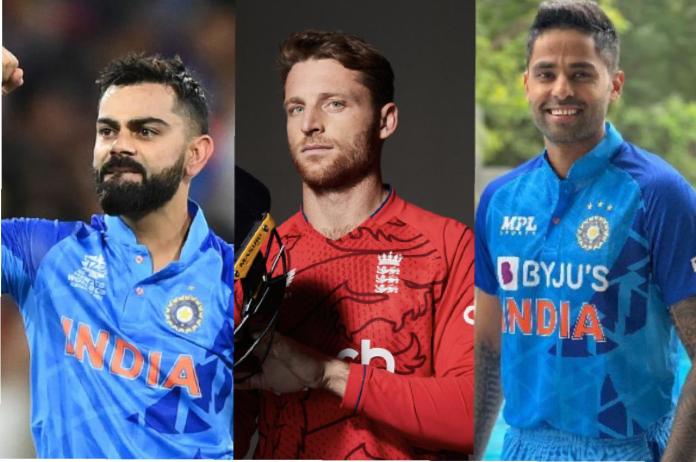 New Delhi: International Cricket Council (ICC) released the T20i team of the year in both men’s category on Monday, January 23. Consisting of 11 player squad of batters, bowler and all-rounder, who has impressed with their performance and dominated the game.

Former India captain Virat Kohli, batter Suryakumar Yadav and all-rounder Hardik Pandya found their name on the list. Jos Buttler, who lead England is named as the captain of the side.

Jos Buttler will lead this side

Jos Buttler, who lead England team to lift the T20 World Cup in 2022 at Australia will be leading ICC men’s T20 team. Jos Buttler had an incredible year, both as a player and captain. In 15 matches, Buttler accumulated 462 runs at an explosive strike rate of 160.41, often batting oppositions out of the game in the opening exchanges.

He led by example and was England’s highest run-getter at the tournament with 225 runs in six games at a strike rate of 144.23. Buttler solidified England’s white-ball domination by winning the T20 World Cup, thus holding both the Men’s senior World Cup titles at the same time.

Virat Kohli is back in form and after that he continued to dominate the bowler through out the format. 2022 was the year Virat Kohli once again showed glimpses of Virat Kohli of old. He took the Asia Cup by storm, finishing as the second-highest run-getter with 276 runs in five games. He also brought an end to his century drought of close to three years with a magnificent century against Afghanistan.

The form carried over to the T20 World Cup, where Kohli played one of the greatest T20I innings in the heist against Pakistan in Melbourne. The 82* set the tone for the rest of the tournament, where he scored three more fifties and finished as the highest run-scorer with 296 runs.

Surya and Hardik impressed with their sensational performance

Suryakumar Yadav ended the 2022 on a high notes, becoming just the second batter to score more than 1000 runs in a calendar year in the format. He ended the year as the highest run-getter, scoring 1164, including two hundreds and nine half-centuries while striking at a stunning 187.43.

In 2022, Hardik Pandya came into his own as the all-rounder India have wanted him to be, contributing heavily both with the bat and the ball. He enjoyed his best year by numbers in the Indian colours, scoring 607 runs while also picking up 20 wickets.

Later in the tournament, Pandya also displayed his incredible hitting, with his 33-ball 63 taking India to a respectable total against England in the semi-final, though the knock eventually went in vain.