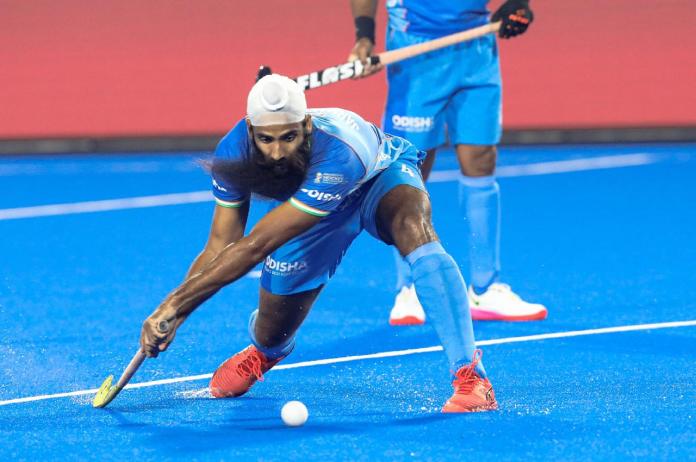 New Delhi: Four teams from Pool C and Pool D will face off against each other for the last and crucial match of their group stage on Thursday at Kalinga Stadium in Bhubaneshwar. Malaysia will fight against New Zealand, Chile will face Netherlands from Pool C. After that the England will meet Spain and for final match of the day India fight Wales for quarter-final berth from Pool D.

It's Day 6 of the FIH Odisha Hockey Men's World Cup 2023 as Pool C and Pool D head to their conclusion with the final round of games in Bhubaneswar. Tell us your predictions for the games today! #HWC2023 #HockeyEquals #HockeyInvites

Malaysia will be squaring up against New Zealand for the 17th match of the FIH Hockey World Cup 2023. Malaysia is placed 3rd in the Pool C and New Zealand is on 2nd place.

Malaysia will be on high spirit after the thumping victory over Chile with 3-2. Malaysia now has the goals difference of -3. Black Sticks on the other side faced the defeated from the hand of Netherlands by 0-4, they have the goal difference of -2. Both the teams has secured 3 points each. The winner will advanced for the crossover matches and the loser of the match will wait until Netherlands and Chile last Pool C match.

Netherlands will be up against Chile

For Chile this tournament is all ready over, with two lost they sit at the bottom of the table. The Netherlands has already secured their place in the Quarter-final. The Dutch look favorite against Chile.

The Netherlands who had crushed New Zealand by 4-0, the dominant that Dutch team carry be terrifying for the Chile.

England vs Spain and India vs Wales:The final showdown

England will be sticks up against Spain in their last match of Pool stage. This match is crucial for all Pool C teams. If England will be victorious against the Spaniard then the situation will be difficult for India.

Men in Blues will be eyeing on the outstanding win against Wales. Harmanpreet and Co are ahead of their opponent in all the aspects, from experience, tournaments, matches and with squads. India will look to totally dominant their debutant opponents.

Matches will be played at Kalinga Stadium, Bhubaneshwar

Star Sports will telecast the match in India.

Disney+ Hotstar will be live stream the match