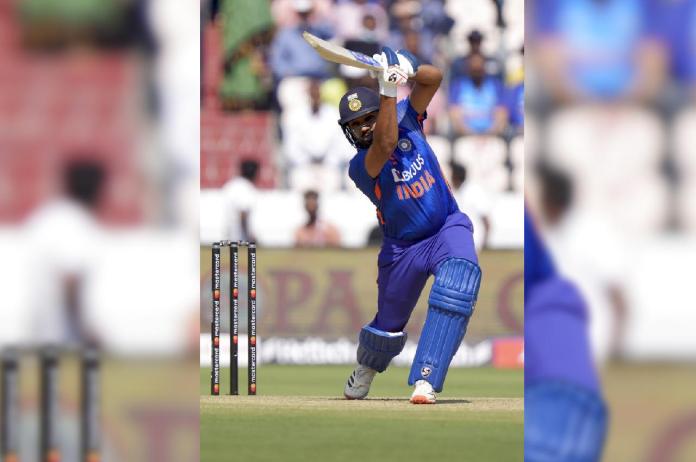 New Delhi: Rohit Sharma surpassed former Indian captain MS Dhoni’s record of most sixes in One Day International (ODI) in India on Wednesday. He did this wonder during the India vs New Zealand first ODI match at the Rajiv Gandhi International Stadium in Hyderabad.

Rohit Sharma has played 238 matches and had smashed 125 sixes which is two more than MS Dhoni. Sachin Tendulkar follows the list at the 3rd position with 71 sixes. Former all-rounder Yuvraj Singh is at number 4 on the list.

Rohit Sharma left the crease after scoring 34 runs off 38 balls in his inning. He smashed four boundaries and two sixes while maintaining a strike rate of 89.47. On the delivery which knocked-off Rohit, he tried to play through the line. His mis- timed his shot with early touch to and Daryl Mitchell did not made any mistake.

Rohit Sharma has the most sixes (125) in India in ODI history, leaving behind MS Dhoni’s record of 123.#RohitSharma #INDvsNZ #MSDhoni pic.twitter.com/rOO3oqoza4

Indian Skipper Rohit Sharma decided to bat first after winning the toss. India opener Shubman Gill scored his half-century and he is currently batting with 66 runs off 33 balls. Skipper Rohit Sharma, 34 runs and Virat Kohli scored 8 runs and departed cheaply. Soon after that Ishan Kishan also returned toward the pavilion after scoring 5 runs.