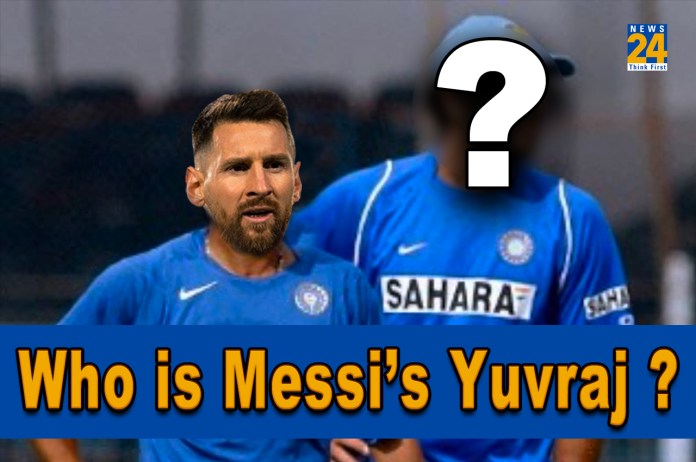 FIFA World Cup 2022, Qatar: Trophies do not necessarily determine a sportsperson’s excellence, but they certainly add to their history.

Lionel Messi and Sachin Tendulkar are two of the biggest names in football and cricket, respectively, and both had to wait until their final World Cup appearance to win a trophy.

Matter of fact, the Indian cricket icon himself shared a graphic image linking Lionel Messi’s World Cup journey to his own.

However, this is not where the similarity ends. Both the number 10s won the final World Cup of their respective careers and they had one special person to thank. In Sachin’s case, it was none other than the king of sixes, Yuvraj Singh.

Yuvraj Singh was named ‘Player of the Tournament’ in the 2011 World Cup after scoring 362 runs and taking 15 wickets. However, this was not all. Yuvraj battled cancer to help India and Sachin become world champions.

“This wasn’t just a world cup victory – this was the dream of a billion Indians being fulfilled Proud to be a part of this team that wanted to win the cup for the entire country and for a very special person @sachintendulkar. Nothing can match the pride of wearing the tricolour and bringing glory to the nation,” Yuvraj Singh recently recalled.

Just like Sachin, Linoel Messi had one particular individual to thank for fulfilling his World Cup dream. In Messi’s case, his very own ‘Yuvraj’ was Argentina’s goalkeeper Emiliano Martínez.

Martínez has been always vocal about winning the World Cup for Messi. And with him being awarded the Golden Glove and denying France a chance at the trophy in the penalty shootout, he fulfilled his promise.

In 2021, Emiliano Martínez had said for Messi, “I want to give him life, I want to die for him. I want to give Lionel Messi a World Cup. I wish I could’ve played with Leo on the club level as well, It would’ve made me a better goalkeeper and helped him win more trophies.”

Emiliano added, “I said it four or five months ago, I said I prefer that Leo wins the Copa America before I do. And it’s true. Just like every Argentine, It winning Copa happened and hopefully we can give him the World Cup.”