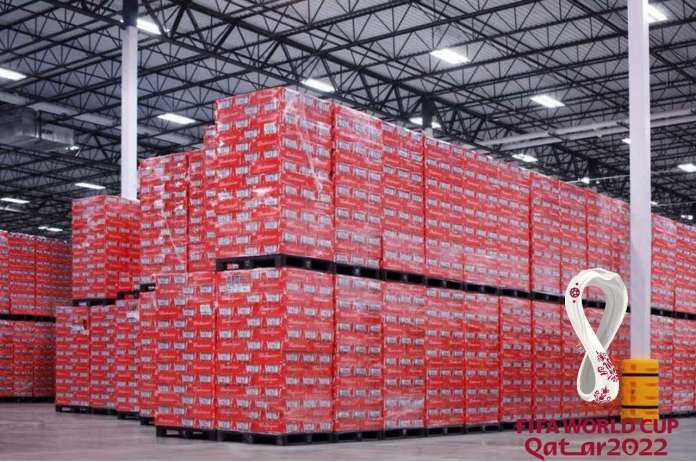 FIFA World Cup 2022, Qatar: The FIFA World Cup 2022, which began on Sunday evening, is quickly gaining traction. The final goal of 32 football teams from around the world who arrived in Qatar for this great battle was a Rs 343 crore prize money along with an 18 carat gold trophy. Due to exciting football matches, spectators and all sponsors have been seen in full enthusiasm since the beginning.

In the midst of this upbeat atmosphere, there is one sponsor who is as depressed as a player who has been shown a red card by the referee during a free kick. Qatar announced a month-long ban on the sale of alcoholic beverages a few days before the tournament began.

In such a situation, Budweiser’s massive beer stock, worth Rs 571 crore ($70 million) as the official sponsor of the FIFA World Cup tournament, appears to be going to waste. But, Budweiser has put a smart kick after recovering from the shock of Qatar’s penalty kick.

The company has announced that the country that wins the World Cup will not only receive the gold trophy and Rs 343 crore in prize money. The winner will now also receive the massive stock of Budweiser beer that he had ordered for the spectators, players, and organisers.

Beer sales were earlier permitted in all nine stadiums

Budweiser, the FIFA World Cup 2022 official sponsor, was permitted to sell beer in all nine stadiums and fun zones during the game. According to the approval, the company can sell its brand of beer in the stadium from 3 hours before kickoff to 1 hour after.

Budweiser began churning about the use of this beer stock after Qatar’s ban. The company couldn’t figure out what to do with this massive stock. The company has now decided that the entire stock will be given to the Football World Cup winning country as a bonus.

Budweiser tweeted from its official account, “New Day, New Tweet. Winning Country gets the Buds. Who will get them?” This tweet also includes a photo of thousands of beers stored in the warehouse.

New Day, New Tweet. Winning Country gets the Buds. Who will get them? pic.twitter.com/Vv2YFxIZa1

Following the beer ban, only the alcohol-free product Bud-Zero can now be sold in the stadium.

According to a Fox Sports report, FIFA may face a loss of more than Rs 571 crore as a result of the beer ban. Budweiser agreed to a $112 million World Cup sponsorship deal with FIFA.

In addition, the company has agreed to sponsor the FIFA World Cup 2026 for $170 million.

FIFA stated that all of its efforts to approve the sale of beer in designated areas of the stadium were futile. The Qatari government has refused to budge on this issue.