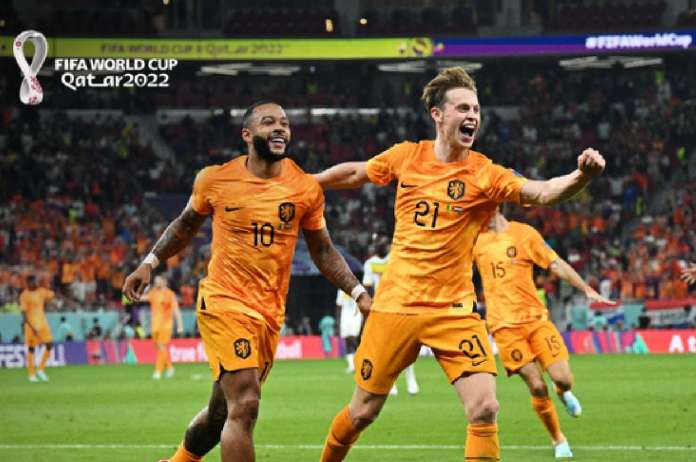 Netherlands vs Senegal: The Netherlands defeated Senegal 2-0 in Monday’s second match of the FIFA World Cup 2022 in Qatar. Cody Gakpo of the Netherlands scored the first goal in the 84th minute of the match by heading the ball into the net. Senegal attempted, but failed, to equalise the Netherlands’ score in the final minutes of the game.

Senegal’s Pape Gueye attempted to send the ball into the goal in the 87th minute, but Netherlands goalkeeper Andries Noppert bent down and caught the ball, saving the goal. The Netherlands added another goal in extra time. This goal came in the final minute of the game.

Davy Klaassen scored directly into the goal in the final moments of the game, surprising the Senegalese goalkeeper.

Since 2014, the Netherlands has competed in the World Cup finals, while Senegal is the African champion.

Senegal’s key player, Sadio Mane, was ruled out of the match due to injury. Mane’s absence from Senegal’s lineup was palpable during the game.