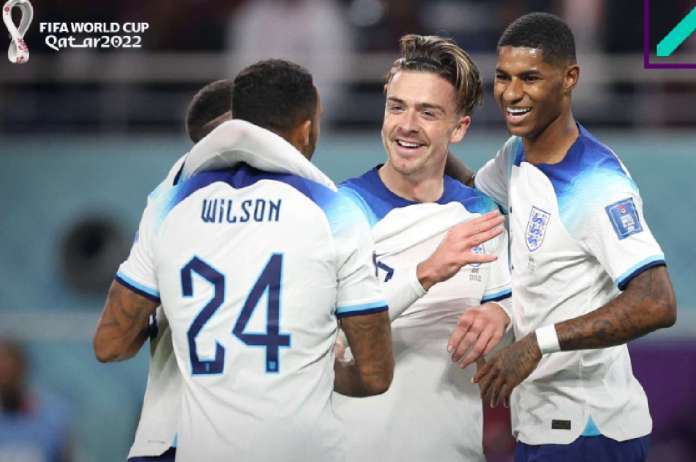 England vs Iran: On the second day of the FIFA World Cup, England faced Iran in Qatar. England had the advantage in the match. The English players kept possession of the ball from the first minute and scored on every mistake. The match was won by England 6-2. England leads Group B with three points following a 6-2 defeat to Iran.

England’s first goal came from Jude Bellingham in the 35th minute. In all, three goals were scored in the first half. And it was England who scored all the three goals. Overall, England scored six goals in the match.

Bellingham scored the first goal of the match. The following goals were scored by Bukayo Saka and Raheem Sterling. For England, Bukayo Saka scored two goals, while Iran’s goal was scored by Mehdi Taremi.

Saka scored the team’s second goal in the 43rd minute. Saka showed off his left foot on Harry Maguire’s pass. He smacked the ball into the goalpost. Following that, Sterling scored a brilliant goal off a pass from captain Harry Kane. This is his first goal in the World Cup. He scored England’s third goal in the 45+1 minute.

How much did England boss that?

Well, John Stones just completed the most passes of any English player in a World Cup game since 1966.#FIFAWorldCup #ENGIRN pic.twitter.com/1Zi1dDDh8s