Diamond League Zurich Final: Who are other finalists with Neeraj Chopra? 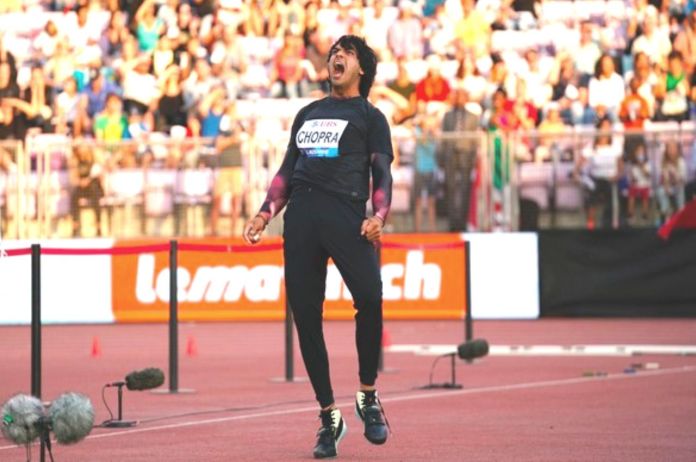 New Delhi: Neeraj Chopra has once again proved that there is no stopping for the young athlete as he has got all that it needs to be the best. After recovering from a gorin injury, Chopra is back in style and have finished on top in Lausanne Diamond League with the throw of 89.08m. He has reached in Diamond League Zurich Final.

While participating in Lausanne, Switzerland, Tokyo Olympic champion gave a best throw in the very first attempt and got what he wanted for himself, a place in the finale.

First @Diamond_League win✅
Great night at @athletissima in Lausanne and happy to receive so much support from the stands. 🙏🏽
Next stop ➡️ @WeltklasseZH pic.twitter.com/ZaT7TRUl8Y

The finals of the Diamond League will be played in Zurich on September 7 and 8. The top six finishers after the four Diamond League are give the chance in finals and Indian star has finished fourth in table by playing in just legs of the tournament.

I am delighted with my result: Neeraj Chopra

After the event Chopra said, “I am delighted with my result tonight. 89m is a great performance. I am specially pleased as I am coming back from an injury and tonight was a good indicator that I have recovered well.”

“I had to skip Commonwealth Games due to injury and I was a bit nervous.Tonight has given me a lot of confidence to finish the season on a high, with a strong performance in Zurich DL Final,” he added.

This throw has got Neeraj a place in the finale of Diamond League as well as the direct qualifications for World Championships 2023.

In the recently, concluded World Championships, Chopra won a silver medal and now, he has created the way to reach the gold medal.