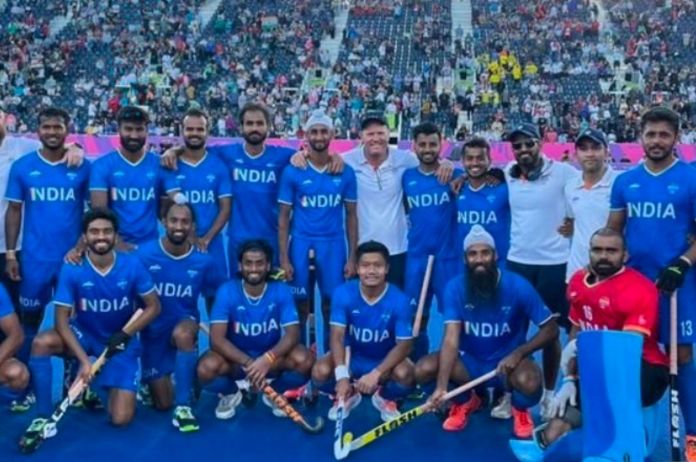 Birmingham: India men hockey team has lost the final game against Australia and now, they have to go home with a silver in hands.

The team faces a brutal loss to Australian team as they couldn’t score a single goal and their opposition smashed 7 goals.

The Australian side were active in the entire game and they score at least one goal in each quarter.

Australian side scored 2 goals in first quarter and then three in the next quarter. In the following quarters, one goal each was scored against India.

With this game, India has ended their campaign with 61 medals that included 22 gold medals and 16 silver medal.