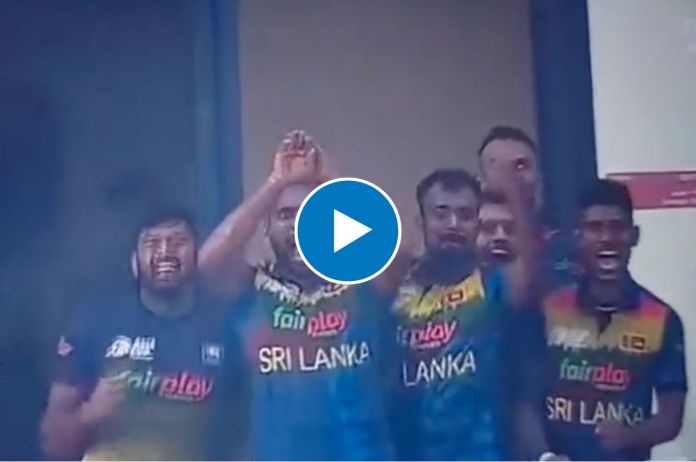 New Delhi: The Sri Lankan team had a memorable night in Dubai, as they won against Bangladesh by two wickets to seal a Super 4 spot in the Asia Cup. Lankan players’ trolling their opponents by doing the “naagin” dance stole the show at the end.

Sri Lankan all-rounder, Chamika Karunaratne was the one spotted doing the “naagin” celebration from the dugout.

Naagin Dance –  a traditional in Bangladesh vs Sri Lanka

The dance has become a tradition in Bangladesh vs Sri Lanka matches. The act was firstly done by the Bangladeshi players after they defeated the Lankans in the 2018 Nidahas Trophy.

Sri Lanka and Afghanistan qualified for the Super Four from Group B, and Bangladesh was eliminated after losing both of their matches.

In the first innings of the game, Bangladesh succeeded in posting a competitive total of 183/7 in 20 overs. But, in the end, were beaten by the Lankans by two wickets.