Asia Cup 2022: 10 Most interesting facts that you probably didn’t know 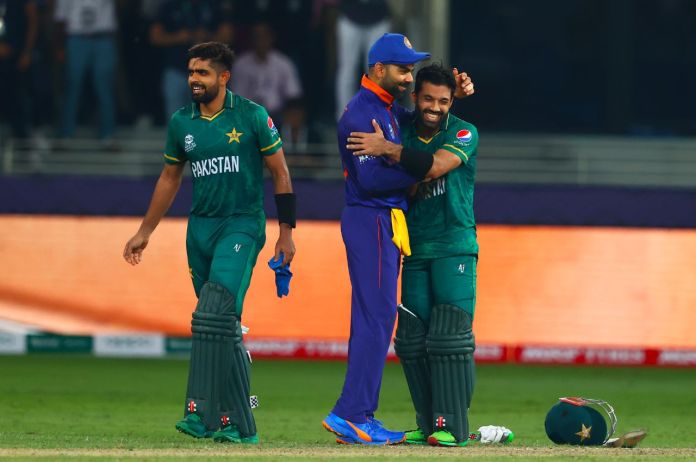 New Delhi: The Asia Cup 2022 is set to kick off in UAE on August 27. The top Asian teams fight for the top crown. Rohit Sharma-led Team India will enter the tournament as the defending champions. India will surely be aiming for a hat trick in winning the tournament.

This Asia Cup will be the 15th edition of the tournament, although the first to be staged since 2018 because of the global pandemic.

Here are the most interesting facts that you didn’t know:-

The first tournament was held in 1984, in the UAE, India emerged as the winner after they beat Sri Lanka in the final.

2. The only country to feature in every edition of the tournament

Sri Lanka have been the only country to have appeared in every version of the tournament. In 1986, India did not defend their crown, which was held in Sri Lanka, because of political tensions between the two countries at that time. Pakistan and Bangladesh have also missed one tournament each due to various reasons over the years.

3. The most successful nation

India is the most successful nation in the history of the competition. They have won on seven occasions, and they have also been beaten in three finals.

They are followed by Sri Lanka, with five wins and six other final appearances to their name. Pakistan are the only other nation to have won it. They have won the Cup twice, with two other final appearances to their name. While Bangladesh are the only other country to have reached a final. They have finished runners-up on three out of the last four occasions.

The last final was played between India and Bangladesh in Dubai in 2018. India won the toss and chose to field first, and despite opener Liton Das scoring 121, they bowled out their opponents for 222, Kuldeep Yadav the leading wicket-taker with 3 – 45.

India reached their target off the last ball of the match, with three wickets in hand, Rohit Sharma top scoring for them with 48.

The most runs in the Asia Cup have been scored by Sanath Jayasuriya, from Sri Lanka, who scored 1,220 runs at an average of 53.04 between 1990 and 2008. His haul included 6 centuries and a further 3 fifties.

The only other man to surpass the 1,000 run mark in the competition is his team-mate Kumar Sangakkara, who, between 2004 and 2014 made 1075 runs at an average of 48.86. His aggregate included 4 centuries and a further 8 half centuries.

Third on the list, and the leading Indian, is Sachin Tendulkar. He finished his career with 971 Asia Cup runs.

Among those still playing the game, Rohit Sharma has the most runs. He has 883 to his name so far, 117 more than team-mate Virat Kohli.Highest Score.

In a 50-over competition, the highest individual score belongs to Kohli who made 183 against Pakistan in 2012. In its one previous T20I version, the record is held by Pakistan-born Babar Hayat, who, in a match against Oman, made 122.
Most wickets

The list of leading wicket-takers in the history of the competition is dominated by Sri Lankan bowlers.

Former seam bowler Lasith Malinga leads the way with 33 wickets at an average of 18.84, with his best figures being 5/34. He is followed by spinner Muttiah Muralitharan claiming 30 scalps at an average of 28.83. Lastly, Ajantha Mendis claimed 26 victims in his Asia Cup career.

The most successful Indian bowlers have been Ravindra Jadeja and Irfan Pathan, who are currently tied on 22 wickets each.

The most dismissals in the Asia Cup is shared between two men, Sangakarra and MS Dhoni, each of whom recorded 36 in all, Sangakarra finished his career with 27 catches and 9 stumpings, whilst Dhoni’s total comprised 25 catches and 11 stumpings.

7. Head-to-head record for India and Pakistan

India and Pakistan have squared off in the Asia Cup 14 times. India won eight times, Pakistan five, and one game ended in a no-result.

Virat Kohli achieved quite a few records as the full-time captain of Team India. While missing out on the Asia Cup and the ICC trophy. The former India captain didn’t lead the team in the Asian tournament on a full-time basis. In 2014, he got a chance to lead the side in the absence of MS Dhoni. The Men in Blue crashed out from the league stage.

Rohit Sharma has already won an Asia Cup trophy as the captain. In 2018, Rohit led Team India in the absence of Kohli and propelled the Men in Blue to a title win. India defeated Bangladesh in the final in a last-ball thriller to lift the trophy.