U-17 World Cup: Paraguay beat Kiwis to enter 2nd round 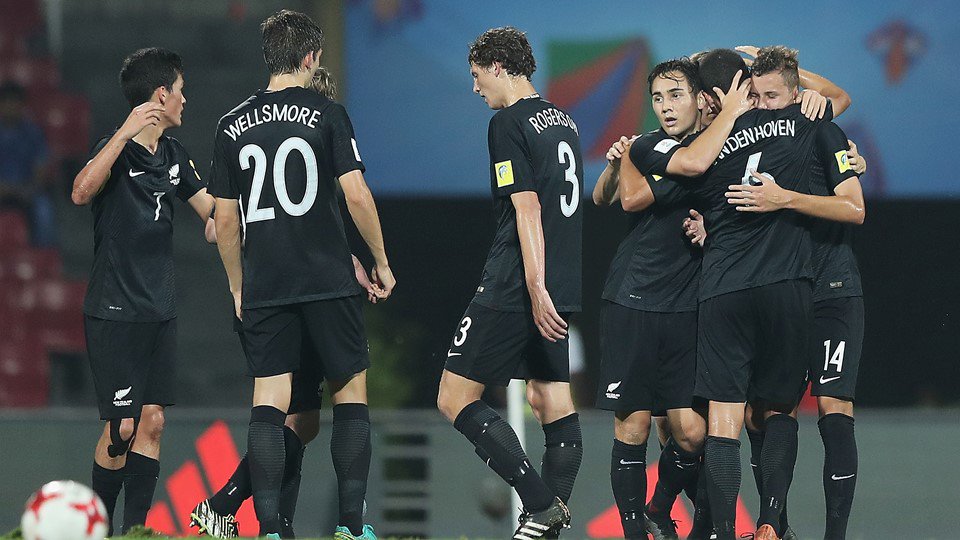 Mumbai, Oct 9: Anibal Vega struck twice as Paraguay booked a ticket into the knockout stages with a 4-2 victory over New Zealand in their Group B match at the FIFA U-17 World Cup here on Monday. Vega (75th, 78th) scored in quick succession late in the second half to boost Paraguay after a disciplined and physically tough New Zealand made the South Americans sweat for most of the game. Paraguay are now at the top of the group with six points from two wins and even a defeat in their last group game against Turkey will not be able to stop them from going into the Round of 16. The Kiwis remain on one point after a draw and a defeat. They will need to win big against Mali in their last group game in order to edge out the Africans on goal difference. It seemed that Paraguay were in for an easy day in office when Alan Rodriguez bulged the New Zealand net in the second minute.  But Paraguay captain Alexis Duarte endured the worst nightmare of his fledgling career when the defender conceded two own goals in the 20th and 34th minutes.  Stunned by the reverse, the South Americans continued to soldier on and their domination bore fruit when Vega scored twice over a three-minute period late in the second half. Armoa struck the fourth goal with a nice finish off from a speculative long ball a minute into injury time.