U-17 World Cup: France beat Japan to reach 2nd round 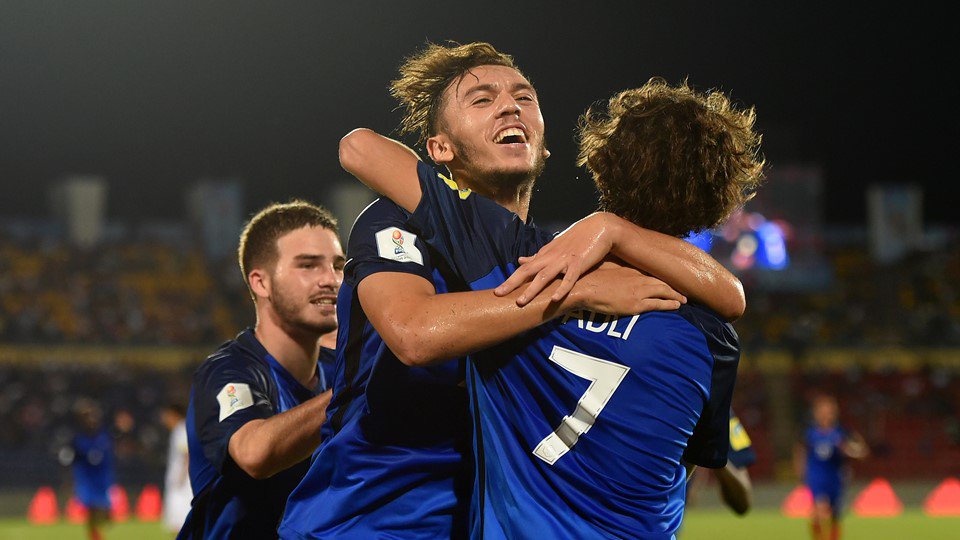 Guwahati , Oct 11: France rode on a brace by Amine Gouiri to beat a stubborn Japan 2-1 in a Group E encounter at the FIFA U-17 World Cup here on Wednesday. The Olympique Lyonnais youngster struck in the 13th and 71st minutes while Taisei Miyashiro (73rd minute) reduced the margin for Japan. France are at the top of the group with six points, having won both their matches. They have qualified for the Round of 16 as they will finish among the top two even if they lose their last group match. The Europeans enjoyed a bright start, forcing the Japanese to be defensive right from the start. Gouiri was a constant threat for the Japanese defenders and he opened the scoring with a nice finish through the legs of Japan goalkeeper Kosei Tani. Japan however, fought back and created several chances at the other end.  Gouiri doubled the lead in the second half after a superb exchange of passes with Yacine Adli in the Japanese penalty box.  Japan reduced the deficit through a penalty conversion by Miyashiro a couple of minutes later.  France however, held on for their second consecutive victory.