People of country gave Savarkar title of 'veer,' those who question his patriotism should visit Cellular Jail: Amit Shah

Port Blair (Andaman and Nicobar Islands) [India], October 15 (ANI): Union Home Minister Amit Shah on Friday said that title of "veer" was given to Vinayak Damodar Savarkar by people of the country and not by any government and slammed those who question his patriotism.

Port Blair (Andaman and Nicobar Islands) [India], October 15 (ANI): Union Home Minister Amit Shah on Friday said that title of "veer" was given to Vinayak Damodar Savarkar by people of the country and not by any government and slammed those who question his patriotism.
Addressing an Azadi ka Amrit Mahotsav event at Cellular Jail here, the minister said the freedom fighters had taken pledge here that howsoever powerful the foreign rule, it cannot prevent India from gaining freedom.
"The 'veer' title to Veer Savarkar was not given by any government, any administration. It is the 130 crore people of the country who gave him the title to acknowledge his courage and patriotism. But it is painful that some people today raise question about his life. Painful that you're questioning the patriotism of a man sentenced to two life terms..have some shame. Visit this pilgrimage place once and all your doubts will be removed," he said.
Amit Shah said that Savarkar turned Cellular Jail into a 'teerthsthan'.
"He (Savarkar) gave the message to the world that you may mete out as much torture as you want but can't block his rights- 'making my country independent is my birthright', Savarkar accomplished this here," the minister said. 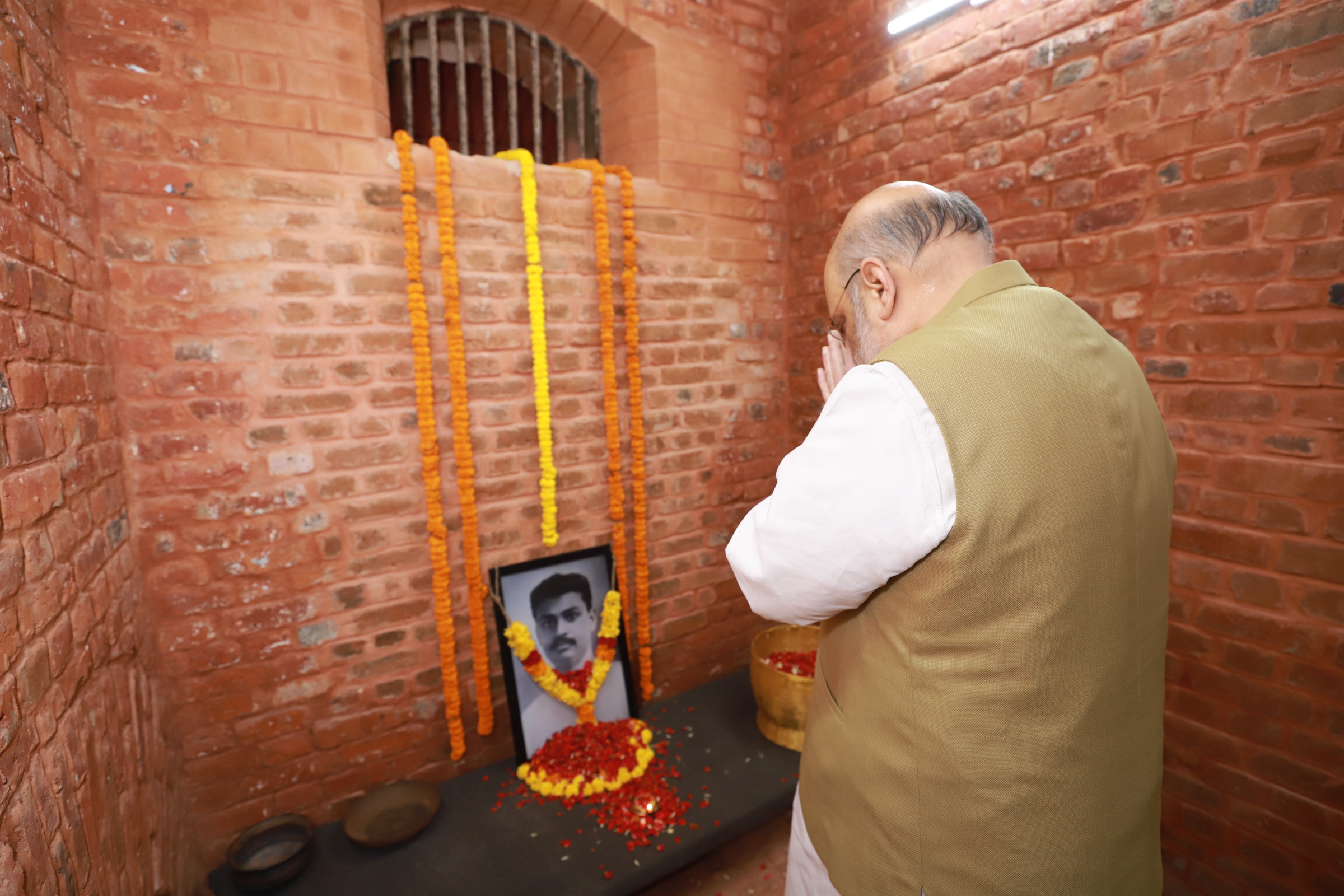 He said Cellular Jail "witnessed tortures against many freedom fighters" is a "shrine "for the countrymen.
"Today is Vijayadashmi. We celebrate it in the entire country as a day of victory of good over evil. This pilgrimage centre of freedom struggle also symbolises the same. The freedom fighters had a taken a vow here that howsoever strong the foreign rule, India will attain freedom," the Home Minister said.
Amit Shah said Cellular Jail inspires the youth of the nation.
"Today for the second time I have got a chance to visit the 'teerthsthan' of freedom fighters. Whenever I leave from here, I leave with new energy and inspiration," he said.
He said Azadi Ka Amrit Mahotsav will help in fostering the spirit of patriotism among the youth.
During his visit to the Cellular Jail, Amit Shah visited the cell where Savarkar was imprisoned.
The minister is on a three-day visit to Andaman and Nicobar Islands.
(ANI)

IND vs ENG: THIS player called up in England for Test, may replace Rohit Sharma

THESE two-wheelers to launch in India next month; check price, features here