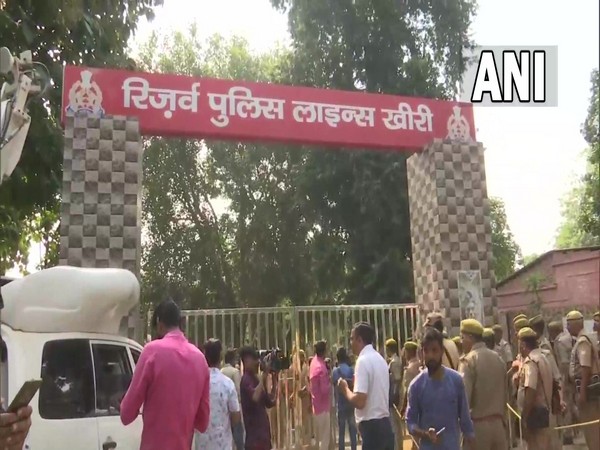 Lakhimpur Kheri (Uttar Pradesh) [India], October 12 (ANI): Ashish Mishra, son of Union Minister of State Ajay Mishra Teni and accused in Lakhimpur Kheri violence case, has been brought to Reserve Police Lines in the district on Tuesday for his three-day police remands that begins today.
Ashish was sent to three-day police custody by a court on Monday provided that the accused will not be harassed and his lawyer will remain present during interrogation.
He was arrested on October 9 after 12 hours of interrogation by the Crime Branch of Uttar Pradesh police in connection with the Lakhimpur Kheri incident case.
As many as eight people including four farmers had died in the violence that took place on October 3. Uttar Pradesh police have so far arrested three people including Ashish Mishra.
SKM, a body of several farmer unions, had issued a statement regarding the incident claiming the death of four farmers and alleged that one of the four farmers was shot dead by Ashish Mishra, while the others had been allegedly run over by the vehicles of his convoy.
Meanwhile, refuting SKM's allegations, MoS Teni said that his son was not present at the spot, adding that some miscreants merged with protesting farmers and pelted the stones on the car which lead to the 'unfortunate incident'. Ashish Mishra also refuted SKM's allegations and reiterated his absence at the spot where the incident took place. (ANI)

Amazon Sale: Get THIS smartphone in just Rs 3000!