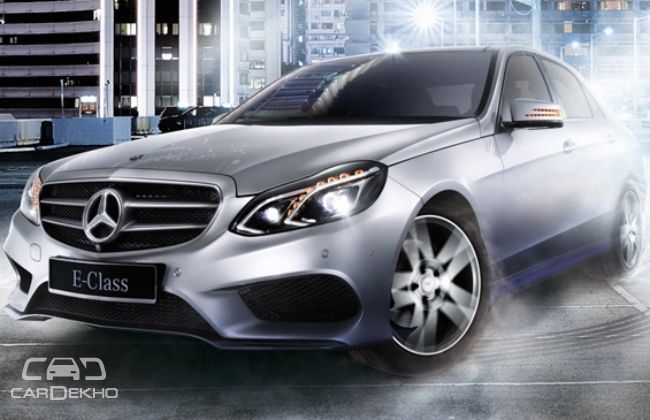 After successfully culminating its 15 launches for 2015 India portfolio last year, Mercedes-Benz is all set to better its product lineup by bringing in 12 new products, which have been exclusively slated for this year. Kicking off the spree of launches will be the all new Mercedes-Benz E-Class Edition E. These new releases will bestow the carmaker with the title of India’s largest luxury car manufacturer beating fellow German luxury automaker, Audi. The all new 2016 Mercedes Benz E-Class Edition E executive sedan is slated to be launched in the Indian market on February 24th, 2016.

The launch of this special edition will mark the celebration of Mercedes’ 20 years in India and the success of E-Class In the Indian market. The car finds its foundation in the existing E-Class, which was launched in June last year. The special edition will get additional features, which are expected to include  illuminated three-pointed star on the front grille, AMG-inspired steering wheel, AMG-inspired front and rear bumper, dual exhaust tip finishers, side skirts, Edition E logos throughout the car’s interiors and exteriors, 18 inch alloys, bigger front discs, Mercedes-Benz logos on brake callipers, and a host of other Edition E exclusive features.

As far as the powerplant options are concerned, it is expected that Mercedes-Benz Edition E will be made available in both E250 CDI and E200 models, which would mean that Edition E will feature a 2.1-liter diesel engine and a 2.0-liter petrol engine. The diesel mill will put out a power output of 204PS and 500Nm of peak torque, whereas the petrol unit will churn 182PS and 300Nm of torque. These powertrains will come coupled to a 7-speed automatic gearbox.