Audi Teases The Next-Gen Q5 Ahead Of Its 2016 Launch

Not a long time back in mid-2016, we managed to spot a test mule of the all-new Q5 being driven on Indian roads before its global debut. Now, just ahead of its Paris Motor Show debut this year, Audi has released a teaser image of the next-generation Q5 which is slated to be launched by the end of 2016 globally. The picture shared of the redesigned LED taillight showcases Audi’s latest design philosophy. Being a part of the Audi SUV family, its bigger sibling – the all-new Q7, which was launched recently, can lend a lot of elements to the new Q5. Going by the exteriors, the Q5 will inherit the new hexagonal front grille with multiple horizontal slats. The LED headlamps and taillights will take a slimmer approach making the compact SUV look more sharp and sporty. Neatly placed roof rails and chunky alloy wheels make this new SUV more attractive than ever. However, the list of exterior equipment might differ depending on the region where it will get launched. 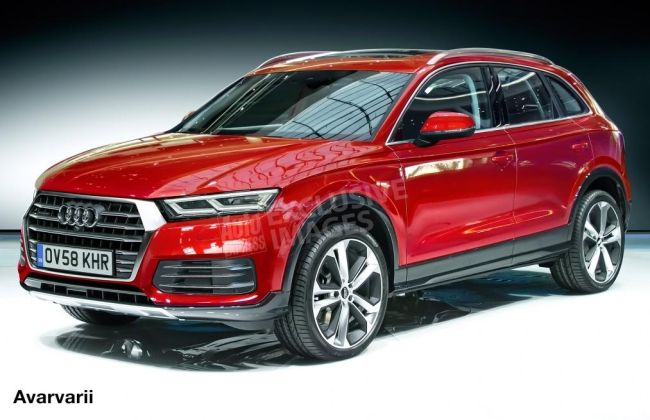 Also, for the first time, this new SUV from Audi will opt for a front-wheel-drive drivetrain as well apart from the Quattro (all-wheel-drive) set-up. Making the next-generation Q5 a complete new offering will be the new Volkswagen Group’s MLB platform. By adopting this new platform and making use of advanced components, the Q5 is likely to shed as much as 100 kilos compared to its existing model. Under the hood, it is likely to make use of a 2.0-litre turbocharged petrol mill delivering 187PS for the front-wheel-drive variant while the Quattro variant should be powered by a better-tuned similar 2.0-litre petrol engine which can churn out 248PS of peak power. As far as India is concerned, we will have to wait and watch when the next-generation Q5 enters the Indian shores. Although, we hope India also gets its share of this global SUV in line with the rest of the world.

Audi Teases The Next-Gen Q5 Ahead Of Its 2016 Launch