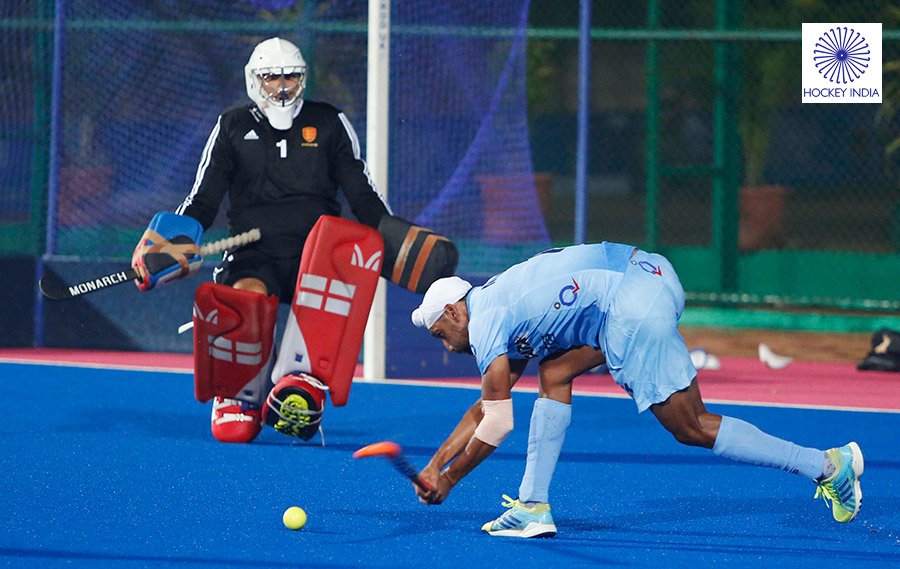 New Delhi, Nov 29: The Indian men's hockey team is in "a tough pool" with England, Pakistan, Malaysia and Wales for next years Commonwealth Games at the Gold Coast, Australia, it was announced on Tuesday. The Indian women's team will face-off with England, South Africa, Malaysia and Wales in Pool A.  Each team will play every other team within the pool in the preliminary matches from April 5 to 11 before the top two teams in each pool advance to the semi-finals and medal round matches from April 12 to 14. While the Indian women's team will play its first match against Wales on April 5, the men's team will take on Pakistan in their first Pool B match on April 7 at the Gold Coast Hockey Centre. The men's team finished runners-up to Australia in the past two editions. Men's team coach Sjoerd Marijne said: "It is a tough Pool but we are looking forward to the challenge. We are playing England and Australia here at the Hockey World League. So this experience will help us in our preparations for the Commonwealth Games.  "The group stage will definitely witness close contest," he added. Sanctioned by the International Hockey Federation (FIH), Tuesday's announcement saw the 10 competing nations in both men's and women's sections divided into two pools of five based on the FIH World Rankings.  The teams have been divided in a snaking pattern to evenly spread competing nations across both pools.  Meanwhile, Indian women's chief coach Harendra Singh said: "I am happy with the group. I believe our team can challenge any team in the world and jumping up the world ranking encourages the athletes to get better and better. It's the Commonwealth Games and we can't take any team lightly."  The only time the Indian women won the gold at the Commonwealth Games was in 2002.  FIH CEO Jason McCracken said: ""The Commonwealth Games is a key event in the hockey calendar for many of these nations. With so many world-class teams involved, plus an exceptional venue for our sport, hockey will be showcased at its best in the Gold Coast next April."