New Delhi, Sept 9: Khiladi Akshay Kumar is celebrating his 50th birthday today. Bollywood celebrities too did not miss the chance and poured their wishes on twitter to wish Akshay Kumar on his 50th birthday. This is known fact that the actor had no godfather in the industry and he himself wrote his success story from scratch. The journey from Chandni Chown to Mumbai in the seatch of stardom has been very interesting.

Akshay Kumar was born on September 9, 1967 in Punjab. Later, his family shifted to Chandni Chowk's Chhatta Madan Gopal area. Although Akshay has now become a star, his connection to Chandni Chowk still remains as strong as ever. Akshay Kumar is one of the rare celebrities in Bollywood who is highly punctual about his time. Akshay says that his father made him so disciplined in life and taught him to be punctual about time.

Whjen Akshay grew up, his family shifted to Mumbai.  The entire family began living in the Koliwada area and Akshay got admission in the Don Bosco School of Mumbai. After schooling, Akshay developed the desire to learn martial arts and to fulfill this wish, he went to Bangkok and learnt the art from there and achieved even black belt. Akshay also secured a job in Bangkok while learning martial arts to meet his day to day expenses. He worked as a cook. When he returned India with his black belt in martial arts, he bagan teaching Taekwondo. While teaching taekwondo, he also secured a film offer.

Akshay's good looks and height appealed everyone and his friends started advising him to take up modelling. They also got some modelling assignments for him. When Akshay did modelling for the first time, he earned Rs 21,000 which was considered a great amount then. During those days, Akshay had to go to Bangalore in connection with a film shoot but he missed his fligt. Akshay felt he had a big loss after missing the flight. Disappointed with this, he visited a film studio along with his portfolio. Luck favoured him and he got the offer of Deedar film.

The director of Deedar film advised him to change his name from Rajeev Bhatia to Akshay Kumar. Since then the journey of Akshay Kumar in Bollywood continued without any halt and the Khiladi never looked back. Now he has also become a Khiladi of even Box Office. Even he also witnessed various ups and downs in his career but that never deterred his spirit. 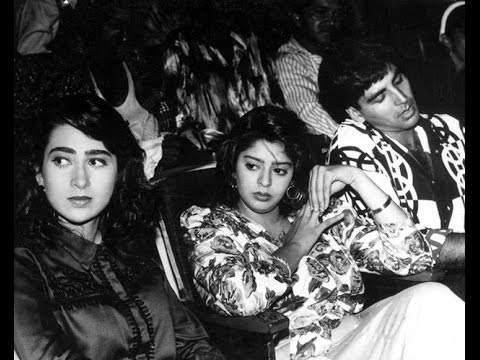 Today all his films earn more than Rs 100 crores at the box office. He is the only star who has given tough competition to all the three Khans of Bollywood.