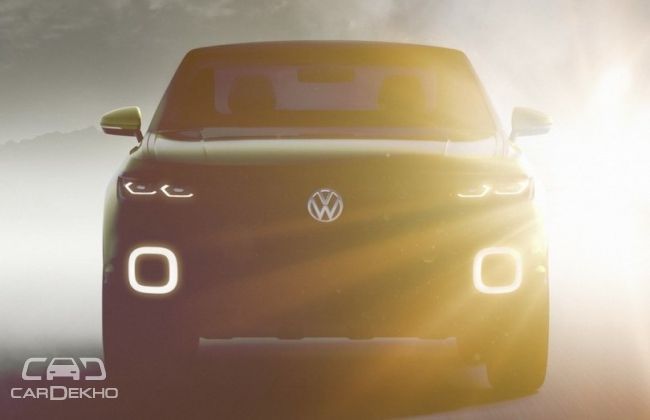 The Volkswagen Group seems to be on a roll. Along with the launch of Skoda Superb luxury sedan today, the automaker has also teased the official images of its compact SUV concept, which is slated to make its debut at the 2016 Geneva International Motor Show. The compact SUV, like the aforementioned luxury sedan will share the German automaker’s MQB platform. This platform seems to be particularly popular as the next generation Polo hatchback is also expected to incorporate it, as its underpinning.

There has not been any official statement made by the company, disclosing the official moniker of this concept but by the looks of it, one can easily spot the similarities between the compact SUV and the Volkswagen Tiguan SUV. The concept incorporates Volkswagen’s latest design philosophy. Considering the fact that compact SUV segment is particularly popular in India these days, introducing a production-spec version of this car in India might help VW further enhance the popularity of its product lineup in the market. So far, the Polo hatchback is the most popular car in company's India lineup. 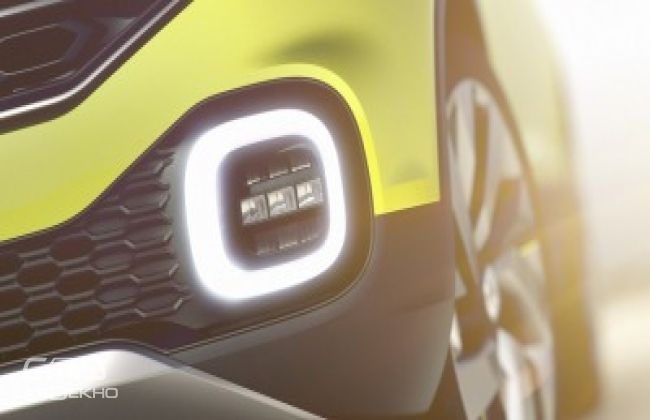 Coming to the design of the concept, the compact SUV features sleek LED headlamps, which are surrounded by LED DRLs that go hand in hand with the LED fog lamps. The grill features a matte black finish and chrome surrounds that bestow the car with a rugged but premium appeal.

A recent report states that the Volkswagen will not be introducing Tiguan SUV, which was showcased at the 2016 Indian Auto Expo, in the Indian market anytime soon. Considering how determined the German automaker was to develop this concept, there might be a possibility that it will instead introduce an MQB platform based compact SUV in India.