Renault Duster Facelift Might be Launched by the End of Next Month! 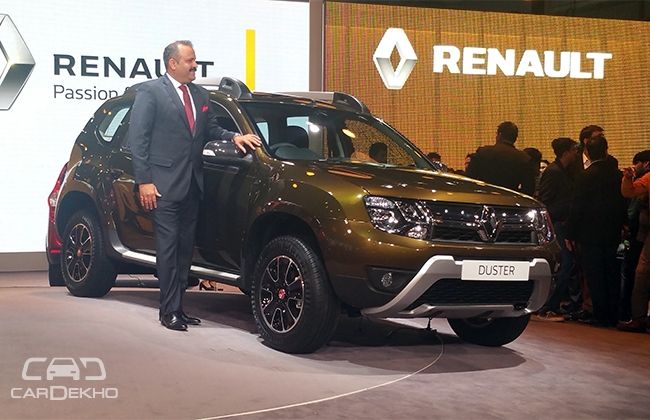 At the recently culminated 2016 Indian Auto Expo, French automaker Renault showcased the 2016 Duster facelift alongside special editions of its immensely revered Kwid hatchback. This was the premiere of the segment dominating compact SUV's facelift. In a conversation with IndianAutosBlog, a Renault official confirmed that post the media activities for the AMT Duster, which will be held in the second week of March, the company will announce the pricing of the car. So by the looks of it, the facelifted Renault Duster will be launched by the end of next month. 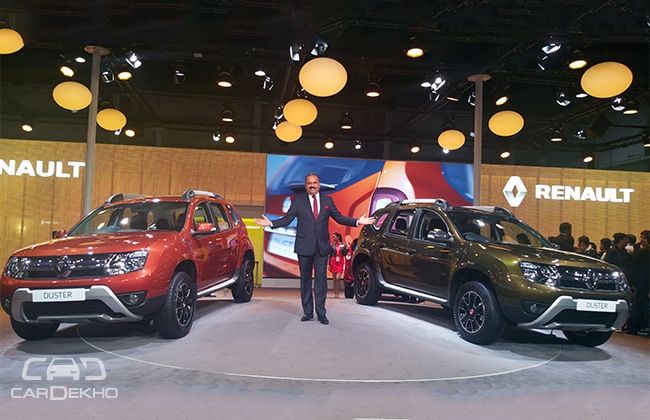 Even though the range of powerplants offered in the car will remain same, the Duster facelift will come with a brand new six-speed Easy-R AMT gearbox. Other updates will include aesthetic revisions to both exteriors as well as interiors of the car.

Under the hood the car will continue to be powered by Renault’s 1.5-litre four-cylinder K9K diesel engine, which is seen in the current model of the compact SUV and will also incorporate a 6-speed manual transmission option, in addition to the 6-speed AMT. However, AMT will also be made available exclusively in the top-of-the-range 110PS models.

Highlights of the aesthetic updates include a single slat grille, updated headlamp and taillight cluster. On the inside, The Duster facelift will also feature the latest MediaNAV infotainment system, which will be offered with a 7 inch display. Other additional features making their way inside the cabin will include Bluetooth telephony and cruise control.

Renault Duster Facelift Might be Launched by the End of Next Month!