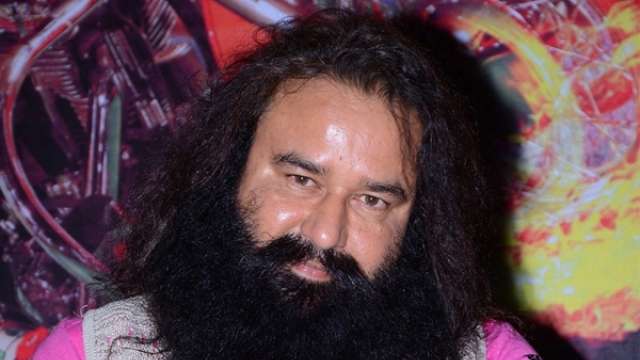 New Delhi: Ahead of the verdict Dera Sachcha Sauda supporters throng Panchkula in large numbers. 97 CRPF companies, including Rapid Action Force will be deployed in Panchkula during hearing on Friday. Authorities plan to convert Chandigarh's Sec 16 cricket stadium to be used as 'temporary jail'. Sec 144 has been imposed in Haryana.  The followers of popular religious leader Gurmeet Ram Rahim Singh have started reaching Naam Charcha Ghar in Sector 23, Panchkula, in large numbers in view of the CBI court’s verdict in a rape case against the Dera Sacha Sauda head on August 25.  According to the initial reports pouring in, around 20,000 followers have already reached Panchkula. The supporters have made a makeshift tent near Naam Charcha Ghar and are staying there.  The Chandigarh Police in a press release on Tuesday declared that the Cricket Stadium in Sector 16, Chandigarh, will be used as a “temporary jail” on the date of the hearing. Lots of barricades are put arounf sector 1 and 2.  Gian Chand Gupta, Panchkula MLA has appealed to the Dera supporters to cooperate in maintaining peace.  News24Bureau