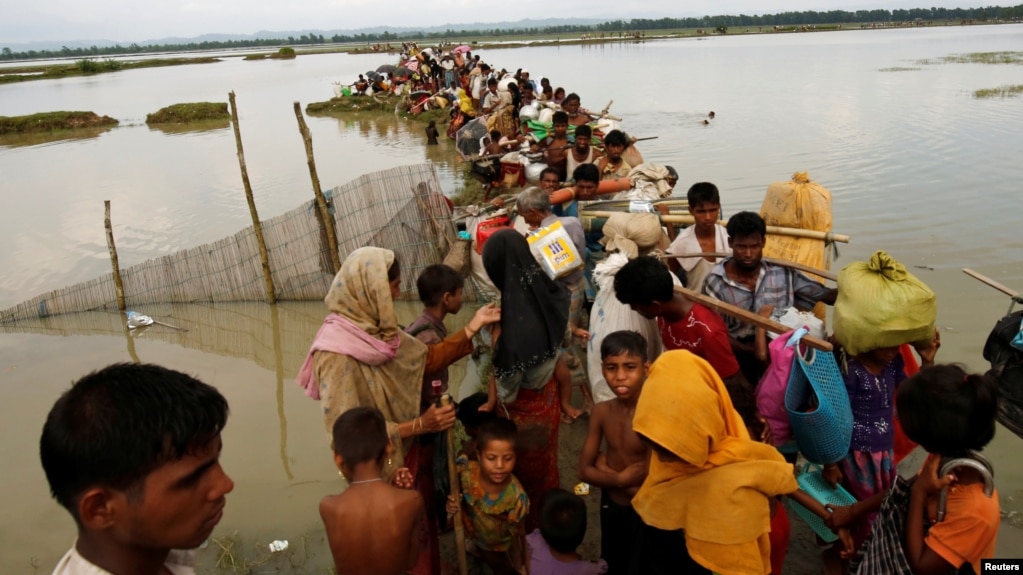 Cox's Bazar, Sep 11: The number of Rohingya who have fled violence in Myanmar's Rakhine state to Bangladesh since August 25 has reached 313,000, a UN spokesman said today. The estimate came from Joseph Tripura, a spokesman for the UN refugee agency. The United Nations and the Bangladesh government have said the number arriving has slowed down in recent days although the situation is still volatile. On Sunday the UN said some 294,000 Rohingya had arrived, a jump of only 4,000 from the previous day. "Many new arrivals are still on the move and residing on the roadsides, and are left out of the calculations due to the lack of comprehensive tracking mechanism," said a UN coordination report Monday. The Muslim Rohingya minority community has long been subjected to discrimination in mostly Buddhist Myanmar, which denies them citizenship. Attacks by Rohingya militants on Myanmar security forces in Rakhine on August 25 sparked harsh military reprisals and an exodus across the border to southeast Bangladesh. Refugee camps and makeshift settlements in Bangladesh near the border with Myanmar already hosted some 400,000 Rohingya before the latest upsurge in violence, and are now completely overwhelmed. That has left tens of thousands of new arrivals with nowhere to shelter from the monsoon rains. Those flocking into Bangladesh have made harrowing allegations of murder, rape and widespread arson by Myanmar's army. Most have walked for days and the United Nations says many are sick, exhausted and in desperate need of shelter, food and water.