Television actress Hina Khan who always stays in headlines for her outfits. In recent post, she looks like a princess in white cape dress. 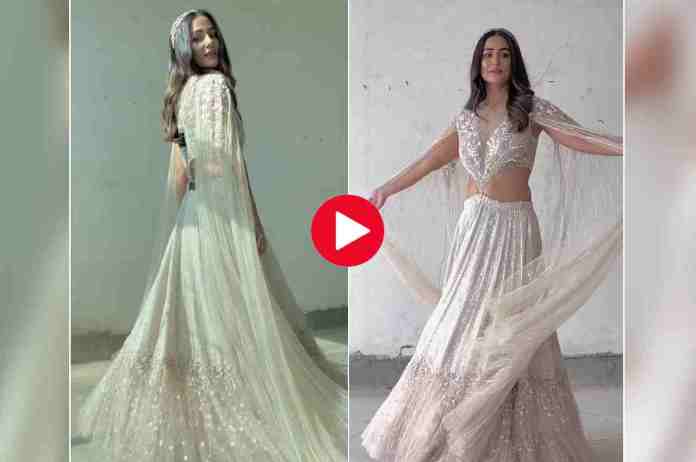 New Delhi: Actress Hina Khan, has won many hearts with her glamorous outfits and made everyone stunned with her uber-chic looks.

Hina recently shared Instagram reels, in which she is looking stunning. In the clip, Hina donned a white cape dress and looked like a real queen. With this beautiful dress, she carried light makeup and gave a wavy hairdo. Khan completed her look with white small earrings and a beautiful queen headband.

Earlier, Hina also uploaded a series of photos, in which she look like a true diva. In photos, she donned a sharara set from Gopi Vaid’s collection which is in a combination of lime and orange. She teamed up the sharara set with a net dupatta. She completed her look with shimmer makeup and tied her tresses in a neat bun. 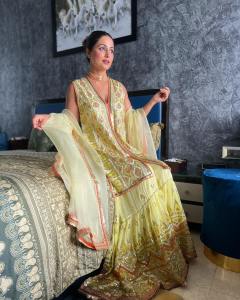 Hina Khan is known for portraying the role of Komolika in Kasauiti Zindagi Kay. In 2017, she was seen in the reality show Fear Factor: Khatron Ke Khiladi 8 and the controversial reality Bigg Boss 11 and managed to win the first runner-up in both. 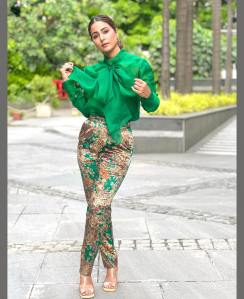 She was also seen at the prestigious Cannes Film Festival 2022 where she attended the poster launch of her upcoming film ‘Country of Blind’ at the Indian Pavilion.