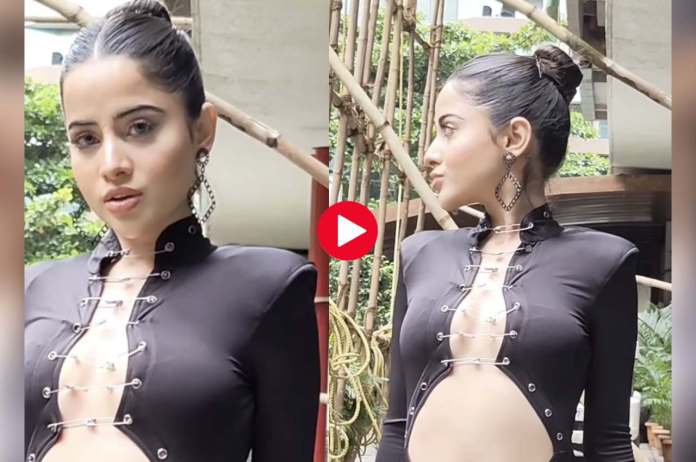 New Delhi: Social media influencer Urfi Javed once again stunned everyone with her sexy and bold avatar but this time, she has crossed all limits with her quirky fashion. She recently walked around the streets of Mumbai wearing a one-leg black bodysuit.

A video has been roaming around the internet posted by the paparazzi Instagram handle, name Viral Bhayani. In the video, Urfi opted for a top midriff area open and putting it together using safety pins. The outfit features one leg covered along with full sleeves.

The actress completed her look with hair tied in a bun, matching earrings and minimal makeup.

Earlier, actor Chahatt Khanna shamed Urfi Javed on her Instagram Stories and accused her of paying the paparazzi to click her photos. While replying to her Urfi pointed at her ‘two divorces.’

Now Urfi claimed that she shouldn’t have made such comments about her divorces. On Tuesday, when the paparazzi asked about the same Urfi said, “I was wrong. I shouldn’t have commented on her divorces. It was very low of me. No matter what anyone says I should keep my calm and I should stand for what I believe in. So that was wrong on my part.” A paparazzo then said, “But Uorfi she commented on your clothes.” To this, Uorfi replied, “Poori duniya karti hai (The entire world does that).”