Actress Urfi Javed once again stunned everyone with her weird clothes. She recently shared a video in which she flaunts her hourglass figure. 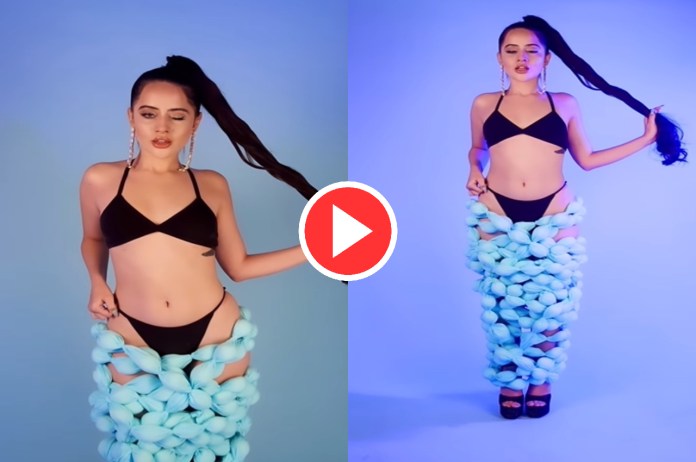 New Delhi: Indian television actress Urfi Javed is getting a lot of limelight these days for her unique outfits. Earlier, the actress was seen doing a disco dance at a club in Pune. The video has been getting viral on social media. In the clip, she can be seen taking a selfie with her fans. The video is shared by the paparazzi Instagram account ‘ViralBhayani.’

Meanwhile, now a new video of Urfi is becoming viral on social media, in which Urfi donned a black bikini paired with a weird blue skirt.

Recently Urfi has shared a new video from her Insta account. In the latest video, Urfi is seen wearing a black bikini. With this bikini look, the actress has wrapped herself with a thick rope made up of several clothes. Looking at the overall look, the actress complemented her look with a long-hanging silver earring. Apart from this, she has given the final touch to her look with high ponytail, and glossy makeup.

After seeing this look, many have started trolling her while some fans showered their love. Trolling the actress, a user wrote, ‘Ye sbb proper propaganda k sath hmre youth ko bigad rhe hai salen’. So another wrote, ‘Then a new drama’. However, Urfi’s fans are showering love on her by dropping heart and fire emojis. This is the reason that in just 2 hours, about 1 lakh likes have come on the post of the actress.