Singer Prabhjot Virmani is overwhelmed with so much love, promises to entertain this year 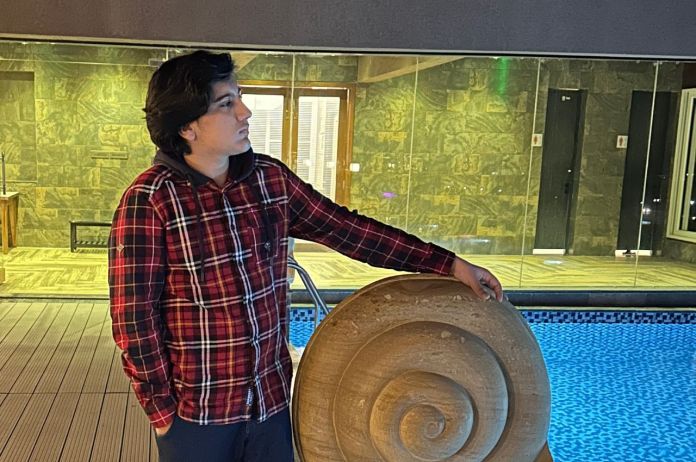 Ever since Prabhjot Virmani has deep-dived into the music industry, he has ensured to leave everyone mesmerized. The 16 year-old lad made his professional singing debut with the single ‘2 Piece’, and the single guaranteed that Prabhjot has a promising career ahead. He has been passionate about singing since childhood, and social media became an ideal launchpad for him.

After the superb response to ‘2 Piece’, Prabhjot Virmani shined again with his next song ‘Range Balliye’. The Punjabi track was an instant hit which boosted his popularity among music lovers. The two music videos got an overwhelming response from one and all. Followed by the success of the songs, Prabhjot ended the year with a bang with the third song ‘Chann Ve’.

Leaving everyone awestruck, Prabhjot Virmani’s songs have hit the right chord as they surpassed more than a million views. On receiving so much love from the audience, the talented singer has managed to make a place in everyone’s heart. He says, “Good things are happening to me at a very early age. I cannot sink in the feeling, but express my gratitude to everyone for showing love for my work.”

Besides his hard work and determination, the singer credits his mother Palvi Virmani the pillar of support in his life. Palvi Virmani, a singer herself, had a fantastic 2022 with outstanding singles like ‘Jiye Jatein Hain’, ‘Kaala Mascara’ and ‘Pachtawenga’. Moreover, Palvi’s latest song ‘Coffee Shop’ is already topping the charts.

Taking cues from his mother, Prabhjot is hopeful that this year will be full of zeal and enthusiasm. His next single ‘Nain Tequile’ will release on February 7. The song is the ultimate party number which is directed by Dinesh Soi and features Ankit Bathla and Swati Shaarma. Like the past releases, ‘Nain Tequile’ will be produced by Dheeraj Virmani and will release on the official YouTube channel of Platear Studios.

The record label has an interesting lineup of songs to be released soon. Besides ‘Nain Tequile’, Prabhjot is already in talks with other music companies and music labels. On a concluding note, Prabhjot commented, “A lot is in the store for everyone. Do support me and my work. I will ensure to keep you entertained throughout the year with music.”