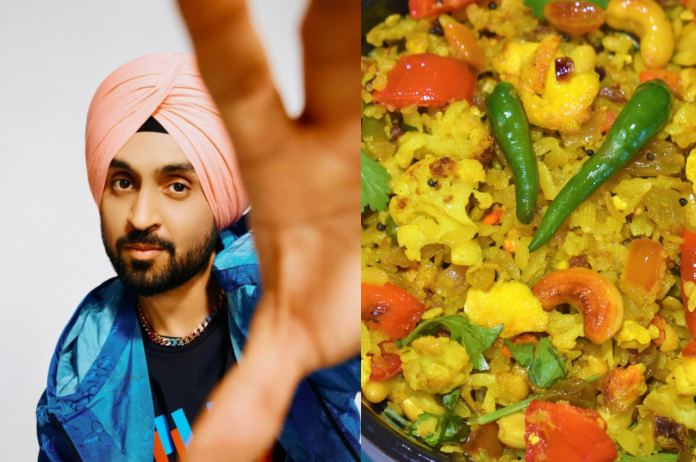 New Delhi: We are frequently captivated by Diljit Dosanjh’s engrossing culinary tales. He enjoys cooking a variety of dishes and is a hard-core foodie in addition to being an actor, singer, and fitness enthusiast. He has returned with a new meal update. Do you wonder what ended up in his weekend binge? Diljit created a special dish called “anda poha” for the breakfast on Sunday.

Revealing the name of the dish, Diljit Dosanjh shared a video and stated, “Anda poha.” 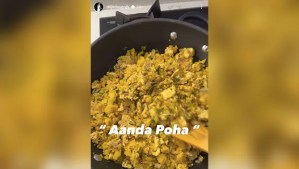 He stated in the first video that he made egg bhurji and his friend created poha. They combined the two meals later to produce mouthwatering anda poha. Despite being brand-new, the dish, which was prepared with a variety of common spices, looked quite delicious.

Diljit Dosanjh finally topped the anda poha with pomegranate seeds before going on an anda poha binge. The overall preparation was vibrant and appetising. Hence the poha recipe is ready. 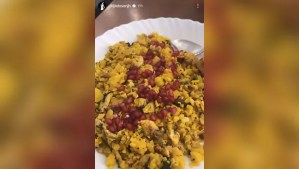 Diljit Dosanjh makes sure his treats are wholesome, whether they involve chicken or egg dishes. He appears to be very picky about his diet and consumes wholesome, protein-rich food with awareness.

Diljit Dosanjh enjoys cooking with his buddies on a regular basis. He once devoured a delicious lunch that he and his pals had cooked. He posted a clip of the mouthwatering fish curry. His vegetarian friend prepared some wonderful lemon mushrooms. A tasty chicken dish was created by Diljit himself. He prepared it in a pan with some desi ghee, a bay leaf, black peppercorns, and green cardamom. Later, he added minced ginger, minced garlic, and masalas like turmeric powder. He added chicken and thick tomato puree in the following phase. For the sake of enhancing the flavour of the chicken curry, he also added curd and pudina leaves.