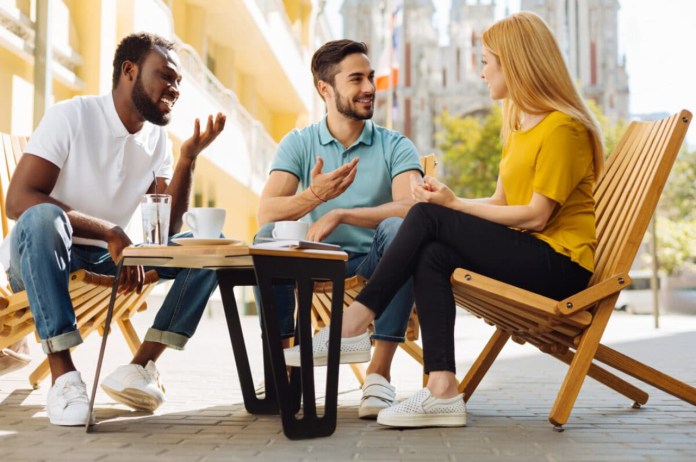 Platonic Friendship: Friendships are forever. The majority of people value their friendships highly and stick by them no matter what. True, our closest friends are familiar with every aspect of ourselves. There are many different kinds of friendships, including close friendships, acquaintanceships, and platonic friendships.

Setting appropriate boundaries is crucial in any relationship to prevent sending the other person the wrong message. It’s crucial to stay away from situations that could generate romantic feelings. Think twice, for instance, before agreeing to see a late-night movie at a friend’s place because you never know where it might go. Set limits to help you stay out of scenarios that can spark a romantic relationship between you two.

Do Not Behave Differently Around Each Other

Being yourself with your buddy is one of the tenets of a platonic relationship. This means that you shouldn’t act differently toward a male friend by dressing up for him or making an effort to impress him. Similar to this, you don’t have to buy your female buddy expensive presents or make an effort for her. This could cause problems in your relationship by suggesting that you are interested in dating someone. This is not to say that you should never make each other feel good by spending time together, exchanging gifts, etc. – just be careful not to overdo it!

No Vacationing Just for the Two of You

A journey with friends is usually exciting and pleasant. Going somewhere can help you pass the time and have fun in the midst of the daily grind. However, taking a trip together with a friend can put you in situations where you feel passionate about one another. Going on group holidays is acceptable because you two won’t be travelling alone.

You should be open and honest with your friend if you have feelings for them. Do not attempt to control them by provoking their jealousy or attempting to catch their attention. That could alienate them and sour your

Friends often call each other by the name of their beloved as a joke. If your buddies behave similarly toward your platonic pal, politely request that they cease. If you don’t, you can send your platonic friend the wrong cues, which could damage your relationship.

Also Read: Sleeping Positions for Couples: What they say about your relationship