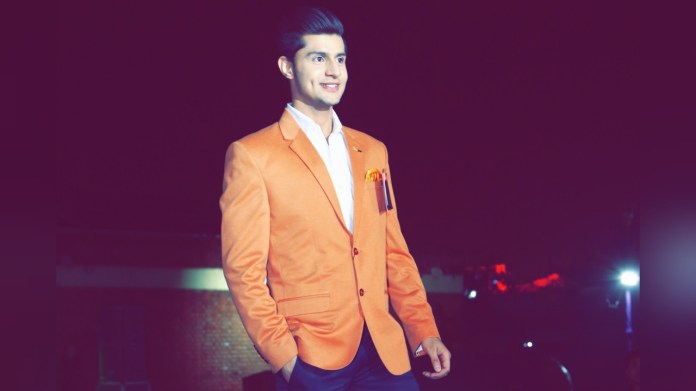 Rishabh Singh, the second runner-up of Mr. India is an inspiration and idol for many. He is a successful model and actor. Rishabh started his career in modelling. In year 2017 he stepped his foot on the Mr. India competition floor where he bagged the second runner-up’s title. Following this, Rishab went to the Mr. World where he represented our country. After this, Rishab didn’t stop and just kept on going.

Rishab has worked with Rannvijay Singha, Karan Kundrra, Prince Narula, Yuvika Choudhary, and many more celebrities over the years. Being an actor, he also opened virtual coaching to further improve the future of children and guide them in the world of television, where he trains the youth who aspire to become a model or an actor.

The idea of giving this virtual coaching came to Rishab’s mind because he saw that today’s youth are very much influenced by TV and want to make their career in it but there is no one to guide them, so Rishab took this responsibility, and today he is providing coaching a lot of modelling aspirants. Very soon Rishab is going to open his coaching classes where he will give live sessions to his students.In the near future, Rishab will be seen in the two new TV serial in which he will be seen playing the lead character, about which he will disclose the details to his fans very soon.