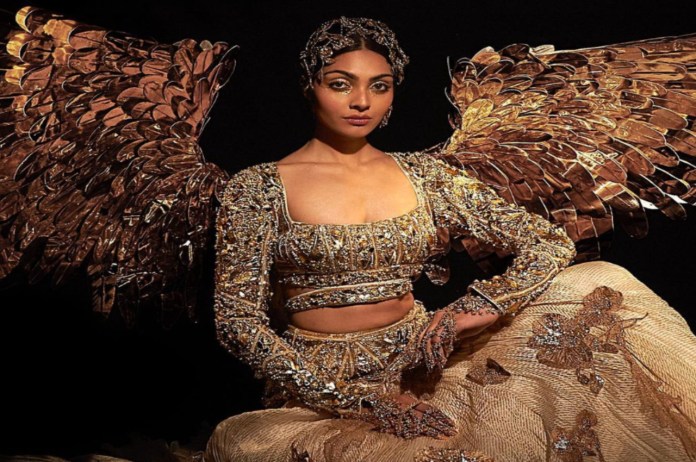 New Delhi: For the National Costume round, Divita Rai, who is representing India at the 71st Miss Universe pageant, dressed as Sone Ki Chidiya (golden bird). On January 14, the prestigious Miss Universe pageant will be held at the Ernest N. Moral Convention Center in New Orleans, Louisiana, USA, with more than 80 delegates competing for the title, including Rai. The current Miss Universe, Harnaaz Sandhu, who will make way for her successor, will crown the winner.

The striking gold metallic hand decorations on Divita’s attire sent a clear, powerful, and significant message to the world.

Divita made a statement during the national costume round by donning a golden attire in honour of her native India. The outfit, which was created by Abhishek Sharma, included “Sone Ki Chidiya,” or “the ethereal portrayal of India as the golden bird.”

The model from Karnataka, Divita Rai, was selected as LIVA Miss Diva Universe 2022.

However, opinions on Rai’s sparkling attire are divided online. While some people described her appearance as “lovely,” others thought it was disappointing.

Designer Abhishek Sharma intended for this ensemble to showcase not only Indian culture but also India’s spiritual side.

Meanwhile, Bahrain’s Evlin Khalifa also arrived dressed totally in gold. The name of her clothing was “Al-dahr,” which is Arabic for “forever.” She claimed that her national attire symbolises the country’s golden anniversary.