Lohri 2023: Will this festival be celebrated on January 13 or 14? Check date, puja timings here 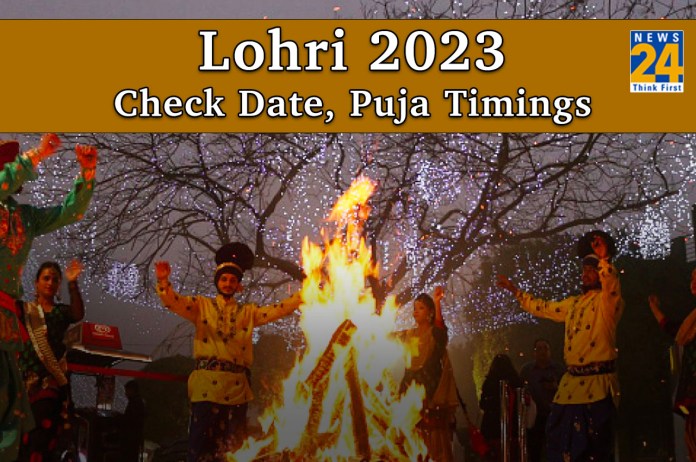 Lohri 2023: Especially among the Hindu and Sikh communities, the people of Haryana and Punjab celebrate the auspicious holiday of Lohri with tremendous fanfare. Lohri, often referred to as Lohadi or Lal Loi, occurs the day before Makar Sankranti.

On this day, people light a fire outside of their homes or in public areas using wood and cow dung cakes, and then they perform Parikrama around the fire while offering sesame seeds, jaggery, gajak, rewdi, and peanuts. Additionally, they harvest the crops and sacrifice the bhog they made from them to the fire.

The precise day on which Lohri should be observed is unclear this year. There is some debate as to whether it falls on January 13 or 14. According to Drik Panchang, Lohri will be observed on January 14, 2023, on a Saturday. Makar Sankranti will therefore fall on January 15, 2023, on a Sunday. In addition, the Brahma Muhurta will last from 5:27 am to 6:21 am, and the Lohri Sankranti tithi will occur at 8:57 pm.

Why Lohri is celebrated?

Lohri is a unique event that celebrates the planting and reaping of crops because the nights get shorter and the days get longer following Makar Sankranti, a day after Lohri, which also marks the beginning of warmer weather. The bonfire that is lit during this festival’s festivities symbolises the same concept.

People sacrifice animals to the Sun God (Surya Devta) and the Fire God (Agni Devta) during Lohri to express gratitude for their favours and to ask for favourable crop growth the following year. In addition, they offer bhog made from harvested crops, rewadi, groundnuts, jaggery, gajak, and peanuts at the Lohri bonfire. Participants also execute a parikrama around a fire while singing traditional songs and dancing to dhol sounds during the Lohri celebrations.