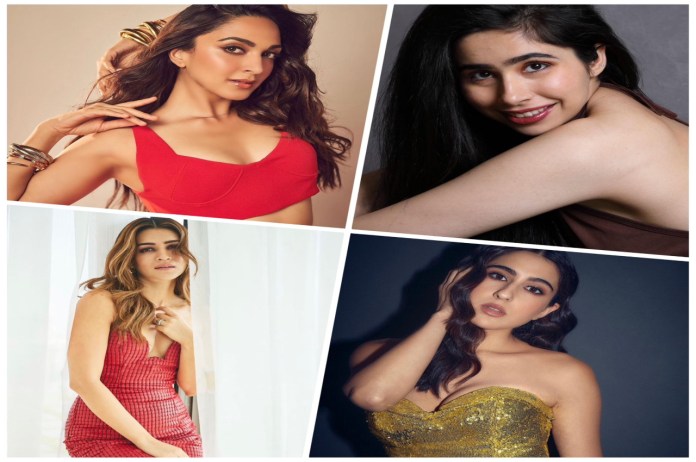 New Delhi: From July 22 to August 22, the world is dominated by Leos. Leos are natural-born leaders and performers, therefore it stands to reason that many famous people were born under this sign. Because of their confidence and perseverance, they are excellent representatives of the Leo season.

Take a peek at the top four Leo celebrities who actually reflect their zodiac signs—you’ll be amazed:

Number one on the list is Kiara Advani, who rose to prominence in the film for her part as Sakshi Rawat, M.S. Dhoni’s real-life wife. She afterwards appeared in several other films, some of them were raunchy. Her works include Lust Stories, Good News, Kabir Singh, Guilty, Laxmii, Indoo Ki Jawani, Kalank, Shershaah, and more.

Kiara was born on July 31, 1992, and has a Leo mentality. The most attention seekers are Leos. They are outgoing, party animals, obsessive consumers, intelligent, participate in intriguing discussions, are unusual, and daring. The four zodiac signs with which she is most compatible are given below.

Himanee Bhatia, one of the most skilled and promising new faces, completely blew everyone away with her performance. She is regarded as one of the best performers in town among the new generation of actresses, and is affectionately known as the “Desi Gone Girl” for her memorable portrayal as Ghazal in Blink. Himanee, who was born on July 26, 1995, is a film and television actress, novelist, host, and producer.
She has a dominant Leo personality type, which is known for being headstrong and passionate, and her decision to leave law and a risk consulting position at KPMG for her passion for acting and writing demonstrates her powerful Leo side.

Sara Ali Khan is a young and vibrant actress who has recently gained prominence. She is full of energy. Pataudi’s princess was born on August 12, 1995. She is witty, smart, easygoing, and adventurous, all of which are Leo characteristics. Her box office successes include Kedarnath, Simmba, and Atrangi Re.

Kriti Sanon’s out-of-the-ordinary manner has captured the public’s attention. Sanon has done what Leos are known for: she has wowed the world with her immaculate red carpet looks and movie roles.

The actress, who has captivated her fans with her on-screen presence, is no different from other Leos; she was born on July 27, 1990, and Leos are supposed to be born with a proclivity for flamboyance. Kriti Sanon’s dedication and sincerity show that she is a true Leo, as evidenced by the good reviews and enthusiastic audience reaction to her performances in films such as Raabta and Luka Chuppi.