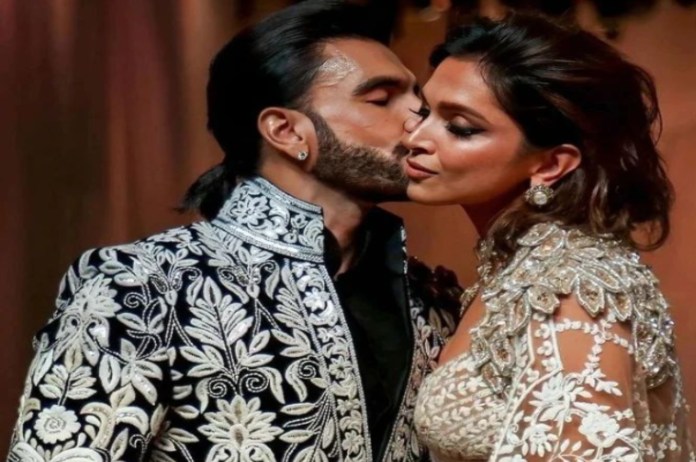 New Delhi: Ranveer Singh and Deepika Padukone frequently set goals as a pair. Fans’ hearts always melt when these two are around. They never hold back from professing their love for one another, whether it be on the red carpet or at the airport. The actress just just debuted her skincare line, 82 E.

In front of a number of YouTubers and influencers, she debuted the third item from the range. The actress discussed Ranveer’s favourite 82 E product and how they usually perform their skincare routine together during an interview with Nitibha Kaul.

Influencer and YouTuber Nitibha Kaul posted a video of a lighthearted section of her chat with Deepika Padukone to her Instagram account. She engaged in an intense game of truth or Thangabali. In response, Nitibha questioned her about whether she had ever tried any of the products on Ranveer while they were being developed.

Deepika replied, “no”. Deepika further added, “I went through all of the testing. Though the day the products went live, I gifted him the product. He loves the moisturiser.” The actress also revealed that  Ranveer Singh is a huge skincare addict and that they do their skincare routine together all the time.

On the work front, Padukone will be seen in a cameo in the movie Cirkus, which is scheduled to enter theatres on December 23, in just a few days. The next action flick Pathaan from Yash Raj Films will have Padukone co-starring with Shah Rukh Khan. Later, in 2023, she will play Prabhas’s opposite in a movie that director Nag Ashwin has yet to name. Alongside Hrithik Roshan, she will also appear in Siddharth Anand’s action movie Fighter in 2024.

On the other hand, Ranveer Singh has Karan Johar’s romantic comedy Rocky Aur Rani Ki Prem Kahani opposite Alia Bhatt. Later, he will be seen in the film Takht.