On the work front, Ananya has Dream Girl 2 opposite Ayushmann Khuranna. 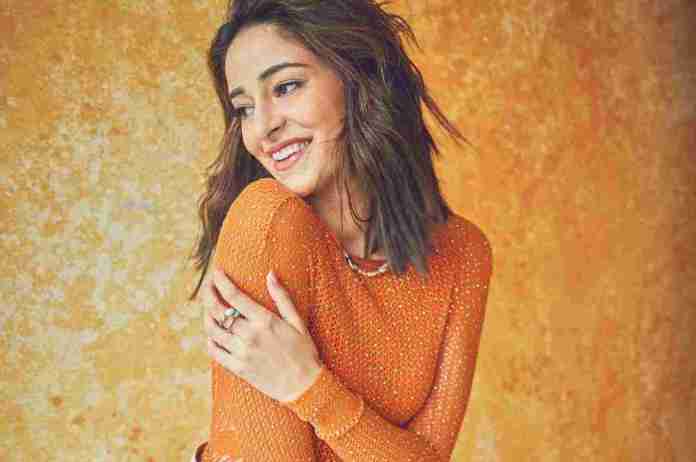 New Delhi: Ananya Panday has been in the spotlight ever since she made her presence in Bollywood. The actress slowly became popular and is now one of the cutest newbies. She loves to keep her social media updated and treat her fans with funky and interesting posts from her daily life.

Having said that, Ananya today took to her Instagram story and shared a new selfie in which she looked way too cute. In the picture, the Liger actress is seen wearing a sunglass that is bigger than her face. The black shades belong to Karan Johar. She captioned the photo: “Guess who” and credited KJo for the sunglasses.

She captioned the photo: “Guess who” and credited KJo for the sunglasses. Ananya opted for a no makeup look and was seen wearing a white tank top.

On the work front, Ananya has Dream Girl 2 opposite Ayushmann Khuranna. The movie is all set for a worldwide release on June 29th, 2023.

Dream Girl 2 traces the journey of a small-town boy Karam (played by Ayushmann Khurrana) who is trying to live a serious life in Mathura and falls in love with Pari (played by Ananya Panday) but life is hell-bent on not taking him seriously. In a turn of events, Karam becomes Pooja which creates further chaos in his already chaotic life.

The film directed by Raaj Shaandilya and produced by Ektaa R Kapoor and Shobha Kapoor under the banner of Balaji Motion Pictures will be a whacky, comic caper that will definitely entertain the audiences, leaving them in splits.

Next she has Kho Gaye Hum Kahan. It will also feature Siddhant and Adarsh Gourav and is being written by Zoya Akhtar, Reema Kagti, and Arjun Varain Singh. There are also reports that the actress will be collaborating with Ranbir Kapoor. However, details are not shared till now on this.