HomeIndia'Will not take back members who left with political aspirations': SKM

‘Will not take back members who left with political aspirations’: SKM

Sanyukta Kisan Morcha said that those member of the SKM who went into politics bidding farewell to our organization would not be taken back. 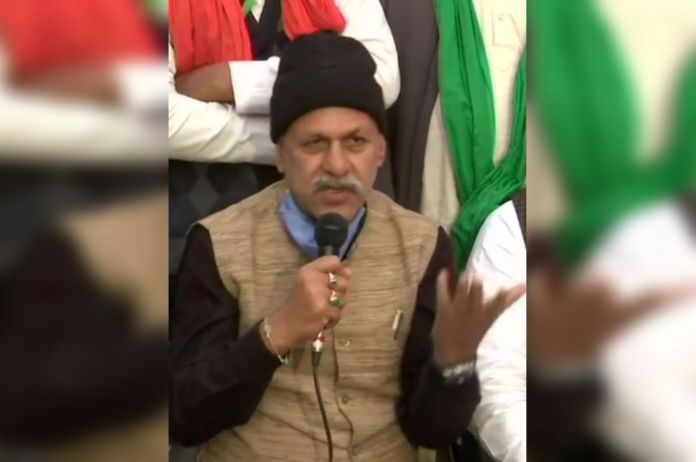 New Delhi: Sanyukta Kisan Morcha held a press conference in Chandigarh announcing that those member of the SKM who went into politics bidding farewell to our organization would not be taken back.

The leaders of SKM who were present at the press briefing include Shivkumar Kakka, Jasbir Bhati from Haryana, and Sukhdev Singh Atmajeet from Uttar Pradesh.

Farmer leader Shivkumar Kakka rolled out a big statement. He said, “when Prime Minister Narendra Modi had brought the land bill, we had formed a Mahasangathan by adding 80 farmers’ organizations, but when the agriculture law came, we formed United Farmers Front and it was decided that it will not be made political.”

He further said, “some people went into politics and are now coming back. But the Sanyukta Kisan Morcha is still non-political, some people have defiled it and betrayed us.”

He also said, “the real SKM is still non-political nd there is no political person in it. We have thrown out people doing such politics from SKM.”

Sanyukt Kisan Morcha revealed that about 20 farmer leaders involved in SKM had written a letter to the government before withdrawal of the Agriculture Laws.

In this letter, these people gave their suggestions to the government to withdraw the agricultural laws. These people were in constant contact with the government without the consent of the Sanyukta Kisan Morcha.

Jagjit Singh Dallewal said that the Sanyukta Kisan Morcha is a non-political organization, and those who went into politics will not be taken back.

Buta Singh Burjgil and Balbir Rajewal were also involved in parallel talks with the government during that time.

Dallewal further denied the possibility of joining the committee regarding the MSP which has been made by the Center.

He also informed that they will stage a dharna at Jantar Mantar on 22nd August. On the martyrdom day of Shaheed Udham Singh, all the farmers will gather in Sunam.

A fact-finding committee has been formed for the Lakhmipur incident, which will include farmers’ representatives from other states including Punjab, Uttar Pradesh, Haryana and Madhya Pradesh.

These committees will provide legal help to the victim’s family and will take all necessary steps to firmly advocate the matter in the court.