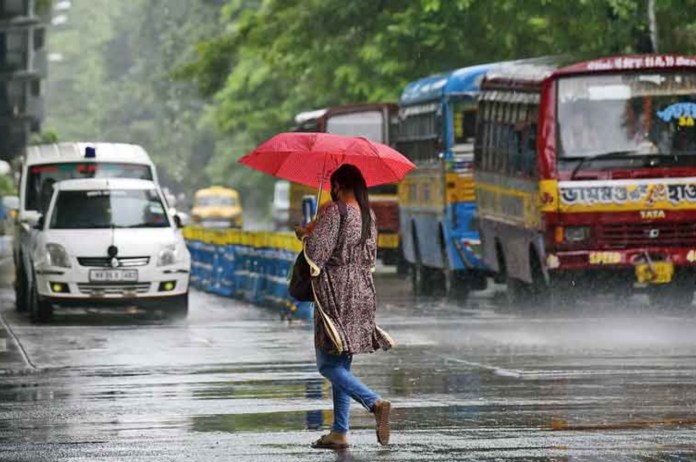 Weather update: November is beginning from Tuesday, and the winter is at the door. In the meantime, snowfall will resume in Jammu & Kashmir, Himachal Pradesh, and Uttarakhand’s higher elevations. As a result, it is anticipated that the weather pattern will shift quickly and become increasingly cold in the next days, along with the mountainous areas.

According to the Meteorological Department, western disturbances are anticipated to cause these shifts in weather patterns in the hilly states. In actuality, these hilly states will see a triple weather attack in the following days. In these states, there will be a triple attack of snowfall, rain, and cold. People’s troubles can get worse as a result. IMD predicts that beginning on November 1, rain will fall in Jammu and Kashmir, Ladakh, Gilgit-Baltistan, and Himachal Pradesh.

The frost will spread from northern to central India on November 6 and 7, according to MID, as a result of two western disturbances in the region. The IMD predicts that Kashmir will experience its first Western Disturbance on Monday. Then, starting on November 1 or 2, there is a chance of rain mixed with snowfall in Jammu & Kashmir, Himachal, and Uttarakhand. The second western disturbance will arrive on November 3 at the same time. As a result, on November 5 to 6, there is a forecast for significant snowfall from Kashmir to Himachal and Uttarakhand.

Meanwhile, the North-East Monsoon is bringing rain to various areas of the nation, including Andhra Pradesh, Tamil Nadu, Karnataka, Kerala, Puducherry, and Karaikal. These states are expected to get rain over the next three days. Rain is expected today in a number of locations, including Andhra Pradesh, Tamil Nadu, Puducherry, Karaikal, Andaman, Nicobar, Yanam, Kerala, and Mahe, according to the MID. As a result, Assam, Arunachal Pradesh, and Nagaland may get rain today.

On the other side, some areas of Jammu and Kashmir, Gilgit-Baltistan, Muzaffarabad, Ladakh, and Himachal Pradesh will have light rain and snow beginning on Tuesday, November 1. The activities of rain and snow will accelerate and spread to other regions after two or three days.

The Delhi and NCR AQI continue to fall into the extremely poor to severe range.