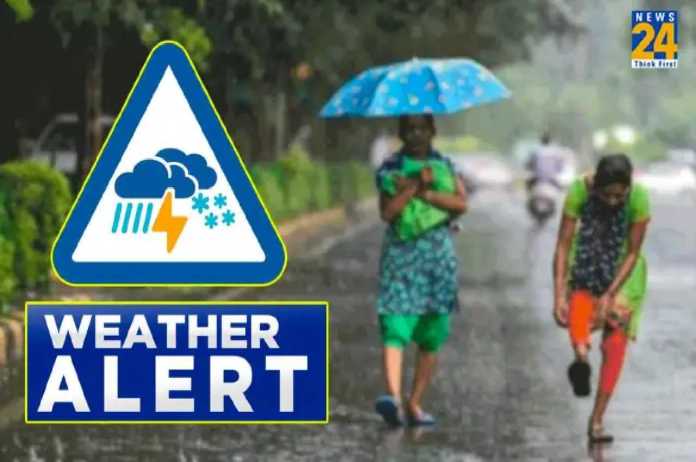 Weather update: The weather in India is about to change drastically. On the mountains, snowfall is about to start and as a result the plains will soon become frigid.

The November has begun, and the Meteorological Department predicts a significant change in the weather. While there will be snowfall in the mountains this month, it will shower in the lower mountain regions. As a result, cold will begin to affect the Maudani regions of North India.

The western Himalayas are experiencing a disturbance. By November 4, Jammu and Kashmir will likely experience another Western Disturbance. The Meteorological Department said that because of western disturbances, it may rain as well as snow in the hilly states. The hill states will experience a triple attack of weather over the next days. In these states, there will be a triple attack of snowfall, rain, and cold.

Normal Life to be hit

People’s troubles can get worse as a result. IMD predicts that from today, November 1, rain will fall in Jammu and Kashmir, Ladakh, Gilgit-Baltistan, and Himachal Pradesh.

In India, the chill will grow from the north to the centre of the country during November 6 and 7, according to MID. In Jammu and Kashmir, Himachal, and Uttarakhand, it may rain and snow, according to the IMD’s forecast. Heavy snowfall is expected from Kashmir to Himachal and Uttarakhand from November 5 to 6 due to the Western Disturbance.

Meanwhile, rain is falling in Tamil Nadu and neighbouring states as a result of the cyclonic circulation over the Bay of Bengal. Today there will be heavy rain in various areas, including Chennai, according to a warning from the meteorological department.

On the other hand, Gilgit-Baltistan, Muzaffarabad, Ladakh, Jammu & Kashmir, Himachal Pradesh, and Uttarakhand could get snowfall in addition to rain. While the very poor to severe category may still apply to Delhi and the NCR’s air quality index.