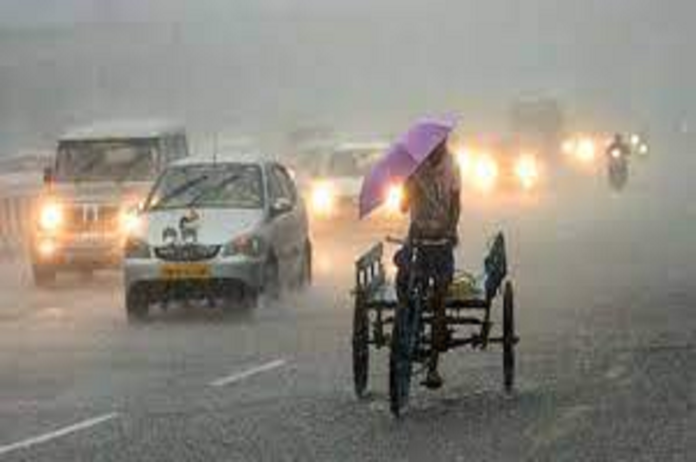 Weather Update: The country’s weather patterns are rapidly changing. Morning and evening temperatures have risen in several regions. At the same time, the fog has begun to have an effect. The temperature in the hilly states, on the other hand, has dropped drastically. Rain is expected in several portions of South India and hilly states today, according to the Meteorological Department.

According to the Meteorological Department, rain and snowfall are possible in the western Himalayan regions today due to western disturbances. In reality, snowfall on the Himalayan high peaks has been increasing for several days. It is also pouring in several areas. As a result, the temperature has dropped to well below zero in several regions here. As a result, folks are having a terrible time here.

Even today, the Meteorological Department has forecast rain and snow in various parts of Jammu and Kashmir, Ladakh, Gilgit-Baltistan, Himachal Pradesh, and Uttarakhand. The Meteorological Department has issued a warning for snow and rain in numerous high mountain locations. In such a case, there is a good chance that the temperature will drop much further in these areas.

According to MAD, it would be witnessed across North and Central India in the coming days due to the continuing drop in temperature in hilly places. Many provinces in the country, including Punjab, Haryana, Delhi, Uttar Pradesh, Madhya Pradesh, Chhattisgarh, Rajasthan, Maharashtra, Gujarat, Telangana, and Odisha, are expected to experience increasing cold during the next four to five days.

Rains are expected to persist in several locations today, including coastal Andhra Pradesh, Rayalaseema, Tamil Nadu, Kerala, Karnataka, Telangana, Lakshadweep, Andaman & Nicobar, and Puducherry, according to the Meteorological Department. Tamil Nadu has been issued a red alert by the Meteorological Department. Around November 16, a low pressure region is expected to build over the southeast Bay of Bengal and surrounding areas. As a result, widespread rainfall with isolated heavy showers is expected throughout the Andaman and Nicobar Islands on November 15th and 16th.

Light to heavy rain is expected in several areas of Tamil Nadu, Kerala, Karnataka, Andhra Pradesh, the Andaman & Nicobar Islands, and Lakshadweep today, according to private weather forecasting organisation Skymet Weather. At the same time, day and night temperatures in several parts of Northwest and Central India are expected to decrease by 2-4 degrees over the next two to three days.