Weather Update: IMD predicts heavy rainfall in THESE states for next 3 days 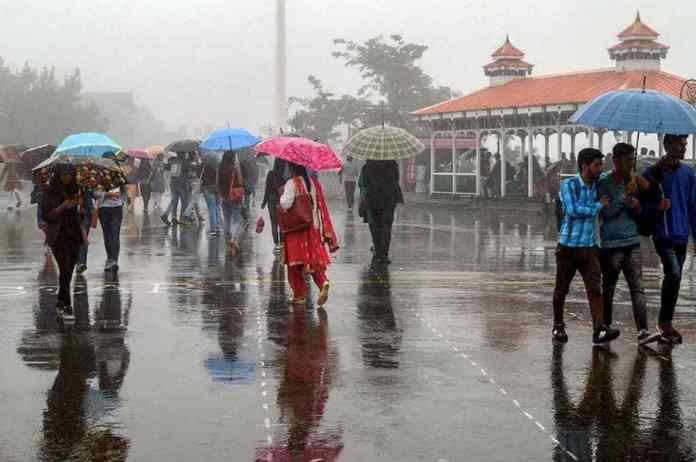 Weather Update: These days monsoon is active all over the country and it is raining heavily in many areas. The situation of rain is that in many areas rivers are in spate and due to floods, life has become disturbed. Meanwhile, the Meteorological Department (IMD) has predicted light to heavy rains in many areas of the country even today. For the next three days from today, light to heavy rain with strong wind is forecast in states like Gujarat, Konkan, Vidarbha, East Madhya Pradesh, West Rajasthan, Chhattisgarh, Coastal parts of Karnataka, Telangana etc.

According to the Meteorological Department, the monsoon may shift north in the next one week. Due to this, good rains are expected in Uttar Pradesh, Bihar, Jharkhand and West Bengal. MID says that a low pressure area is persisting over northeast and northwest of Arabian Sea. Due to which there may be heavy rains in North India. At the same time, from July 28, a new Western Disturbance is also seen in the Himalayan region.

At the same time, if we talk about states like Haryana, Punjab, Bihar, there is a possibility of rain and storm. IMD has informed that it will rain in western Rajasthan today and tomorrow. There is a possibility of rain in East Rajasthan between July 25 and 27. Apart from this, there will be heavy rain in Bihar from July 27 to 29. It will rain in Punjab and Haryana from July 27 to 29 and in UP on July 28 and 29. After this, rain activities will increase in these states.

At the same time, according to private weather forecasting agency Skymet Weather, moderate to heavy rains may occur in Saurashtra and Kutch. Light to moderate rain with isolated heavy falls at isolated places over South Rajasthan, Madhya Pradesh, parts of Chhattisgarh, Odisha and Vidarbha, Konkan & Goa and light to moderate rain at one or two places over Northeast India Might be possible.

Let us tell you that in many states of the country, it has been raining continuously for the last several days. In many states including Maharashtra, Uttarakhand, Gujarat, Rajasthan and Madhya Pradesh, people are facing difficulties due to heavy rains.