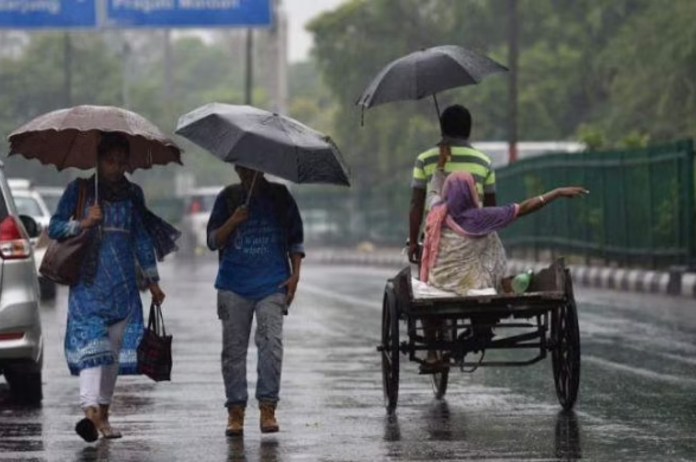 New Delhi: The process of rain continued in the national capital Delhi and its adjoining areas on Saturday as well. Due to continuous light and moderate rains for four days, the temperature has come down. According to the Meteorological Department, today (Sunday), on September 25, there may be heavy rain in the states of North India including Delhi, Haryana, Uttarakhand, Punjab, Uttar Pradesh.

According to the forecast of the Meteorological Department, the minimum temperature in Delhi today ie 25th September will be 23 degree Celsius and the maximum temperature will be 28 degree Celsius. At the same time, in Delhi today (Sunday), there is a forecast of light to moderate rain at some places, amidst cloudy sky throughout the day. Delhi Traffic Police has tweeted and informed about the areas where traffic is affected due to water logging or potholes due to rain.

What is the Monsoon condition?

According to the weather forecasting agency Skymet, the cyclonic circulation is over Northeast Rajasthan and adjoining parts of Uttar Pradesh. It extends up to 5.8 km above mean sea level. A trough is extending from a cyclonic circulation over Northeast Rajasthan and Uttar Pradesh through Madhya Pradesh, North Chhattisgarh and North Odisha up to Northwest Bay of Bengal.

The speed of rain will increase

Chances of rain in these areas in the next 24 hours