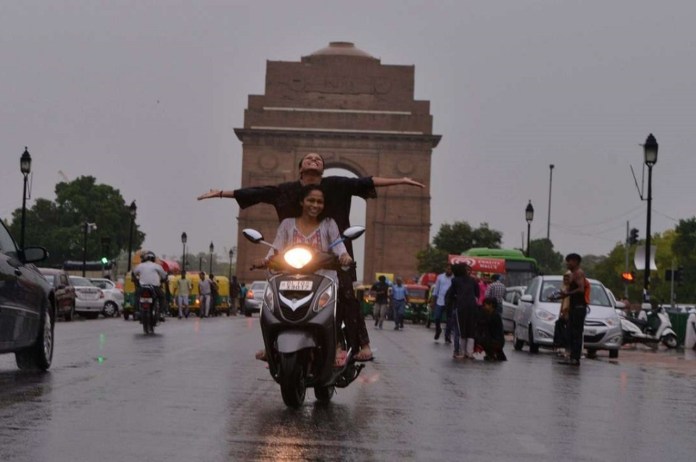 New Delhi: Many states of North India have been witnessing moderate to heavy rains for the last several days. According to the Meteorological Department, this process of rain in Uttar Pradesh, Himachal Pradesh and Uttarakhand can continue till September 20. The trough of Monsoon has moved towards Varanasi, Daltonganj, Digha and then east-southeastwards towards Bay of Bengal. In such a situation, light to moderate rain may occur in Jharkhand and Kolkata, including eastern Uttar Pradesh, for the next few days.

How will the weather be in Delhi?

According to the Meteorological Department, it will be cloudy in Delhi today, September 18, but the chances of rain are less. At the same time, if we talk about the temperature, then the minimum temperature can be recorded at 23  degrees and the maximum temperature is 33  degrees. According to the Meteorological Department, the sky will remain cloudy in Delhi from September 18 to 22. At the same time, a decrease in temperature can be recorded.

This is the condition of monsoon

The deep low pressure area over the central parts of Uttar Pradesh has weakened and turned into a low pressure area in the same area. The associated cyclonic circulation extends up to 4.5 km above mean sea level. The Monsoon Trough is passing through the center of the Low Pressure Area over Bikaner, Narnaul, Central parts of Uttar Pradesh, Varanasi, Daltonganj, Digha and then moving east southeastwards towards Northeast Bay of Bengal. Is.

According to the weather forecasting agency Skymet, a trough is extending from northeast Arabian Sea to a cyclonic circulation over central parts of Uttar Pradesh across Gujarat and west Madhya Pradesh. By September 18, it is expected to become a cyclonic circulation over northwest and adjoining west-central Bay of Bengal. Under its influence, a low pressure area may form around 20 September.