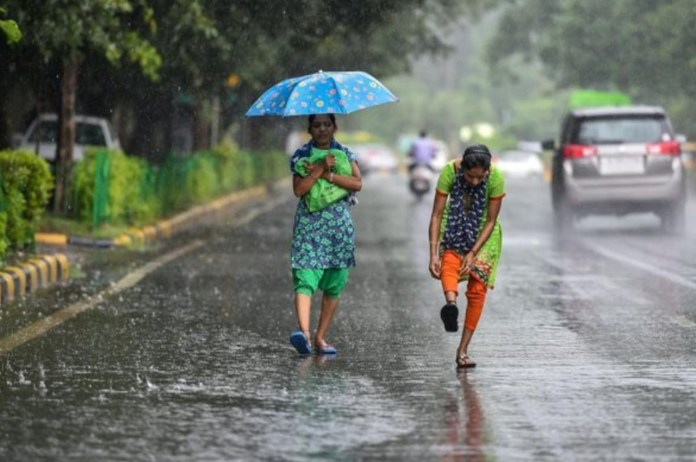 New Delhi: In many states including Odisha, West Bengal, it is raining heavily these days. Rain activities are being seen again in the states of North India. According to the Meteorological Department, there is a possibility of light rain in some areas in Delhi today. During this the minimum temperature is going to be 27 degree Celsius, while the maximum temperature will be 36 degree Celsius.

Rain alert in Maharashtra too

According to the forecast of the Meteorological Department, in the next 48 hours, it can become very heavy at different places in Maharashtra. Widespread rain is forecast for the next 4 days in Pune and Ahmednagar districts.

Normal life has been thrown out of gear due to heavy rains in parts of South Bengal and Odisha. Office-goers also had to face problems due to heavy rains on Monday. The Meteorological Department (IMD) said that the pressure remains over South Chhattisgarh and adjoining southeast Madhya Pradesh and strong winds with speed of 35 to 45 kmph will continue over the coastal areas of West Bengal and Odisha till Tuesday.