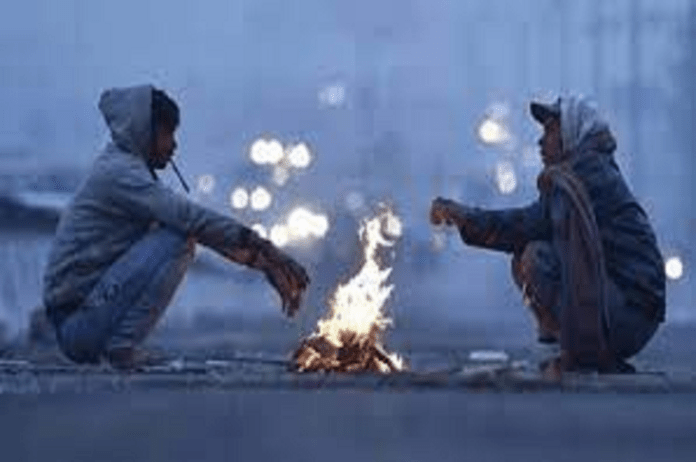 Weather on January 17: From the first day of the new year 2023, the weather conditions continue to be intense in all the regions of North India. Bone-chilling cold continues in the entire plains of North India. Meanwhile, according to the Meteorological Department, people are not expecting any respite from this severe cold for a next few days. The cold will get even harsher. According to the Meteorological Department, the outbreak of cold will be at its peak in Delhi NCR from today for the next two days. Due to which the temperature will drop further.

According to the forecast of the Meteorological Department (IMD), there will be an outbreak of cold wave in Delhi-NCR on 17 and 18 January. During this, the night temperature may fall further down to 1-2 degree Celsius. Therefore, from today onwards, the people of Delhi-NCR will have to face this melting cold for the next 2 days. Earlier on Monday, Safdarjung in Delhi recorded a minimum temperature of 1.4 degrees, which is the lowest temperature since January 1, 2021.

Weather on January 17: Due to the cold winds blowing from the mountains, the cold has further increased in the plains of North India. For the last one month, the condition is very serious in many places due to cold wave. The condition of cold is that people are forced to remain imprisoned in the house even during the day. Along with the bitter cold, the dense fog has also thrown life out of gear. Due to bone-chilling cold, people kept chilling even inside their homes on Monday. In most places, people waited for the whole day for sunshine.

Dense fog, cold wave and cold-day conditions are expected over most parts of the plains during the next three to four days. The Meteorological Department has issued a yellow alert for the next 3 days in Delhi-NCR, Punjab, Haryana and North. That is, the weather patterns can get worse now.

Read More :-KOLKATA: RESCUE ON FOR FERRIES STRANDED IN OCEAN RETURNING FROM GANGASAGAR

There is bone-chilling cold in many areas including Delhi-NCR, Jammu-Kashmir, Himachal, Uttarakhand, Punjab, Haryana, Rajasthan, Madhya Pradesh, Uttar Pradesh, Bihar, Jharkhand. Due to which the condition of the people is miserable. The mist and fog above have also put people in trouble. Due to mist and fog, visibility is reaching zero in the morning at many places. Due to which traffic along with the life of common people is getting affected a lot. Most of the long distance trains are also affected by the fog. Trains are also getting delayed and many trains are getting canceled every day. Due to this, the passengers are facing huge problems.

Amidst all this, once again there is a possibility of rain with snowfall in the mountains of Gilgit-Baltistan, Muzaffarabad, Ladakh, Jammu-Kashmir, Himachal Pradesh and Uttarakhand. On the other hand, in the hilly areas, the temperature has already dropped below zero i.e. minus in many places. The water has frozen. Due to which people are facing huge problems.

According to private weather forecasting agency Skymet Weather, the weather is likely to remain dry throughout the country during the next 24 hours. Cold wave to severe cold wave conditions may continue in many parts of Rajasthan, parts of Haryana, Uttar Pradesh, Delhi and Madhya Pradesh. Call wave conditions are expected in Gujarat and Bihar. There may be frost in Haryana, Rajasthan and Uttar Pradesh for the next two days.