Parts of Delhi and the National Capital Region (NCR) received rains in the early hours of Saturday. 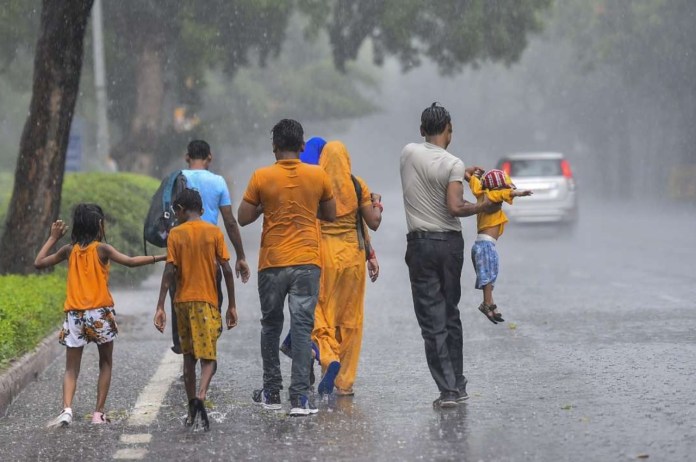 New Delhi: Parts of Delhi and the National Capital Region (NCR) received rains in the early hours of Saturday. The downpour resulted in bringing down the temperatures giving respite to people from the summer heat.

Earlier on Friday also it rained in many areas of Delhi NCR. Due to this the temperature has dropped and people got respite from the sultry heat. The Meteorological Department has issued a rain alert in many other parts of Maharashtra including Mumbai.

According to the IMD, Mumbai and its adjoining areas may also receive thunderstorms today. There is a possibility of heavy rain in some parts of Telangana and adjoining states today. At the same time, there is an alert of heavy rain at different places in Karnataka, Tamil Nadu, Telangana and Kerala.

According to the Meteorological Department, there is a possibility of light to heavy rains in Jammu and Kashmir, Himachal Pradesh and Uttarakhand for the next two days. Rain is also forecast in many areas of Punjab and Haryana.