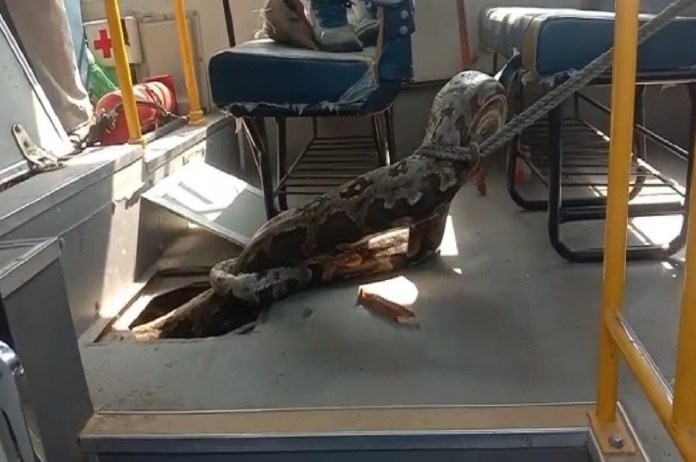 New Delhi: A giant python was found and rescued inside a school bus in Uttar Pradesh’s Raebareli on Sunday.

According to reports, the python was hiding inside the parked bus of Ryan International School.

Video of the rescue operation has gone viral on social media. In the video, an official can be seen pulling the python from the bottom of the parked school bus.

One Twitter user, Gurmeet Singh IIS, shared the video tweet and said the python was stuck in the engine of the bus. “After hard work the team of the department pulled out.”

According to reports, the bus was parked in the driver’s village when villagers noticed python getting into the bus and immediately informed the school administration which later informed about it to the district administration.