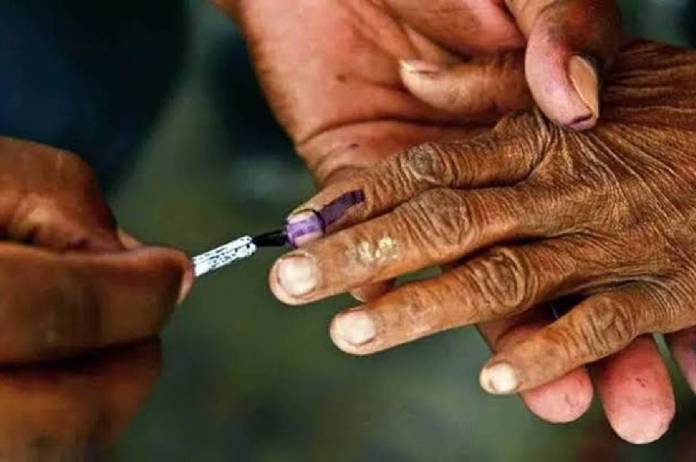 New Delhi: Several constituencies in many Indian states, including Bihar, Odisha and Uttar Pradesh, are undergoing voting for the by-elections on Monday.

In the Mainpuri Parliamentary constituency, 7.08% voter turn out has been reported till 9 AM in the morning. The election was called following the death of sitting MLA and former UP Chief Minister Mulayam Singh Yadav.

Meanwhile, as per the official data, which is estimated, there was 11% voter turnout in Bihar’s Kurhani seat this morning. By-elections are being held on this seat as the Rashtriya Janata Dal (RJD) MLA Anil Kumar Sahani was disqualified from the assembly.

There was an 8.50% turnout in Padampur constituency of Odisha, where the by-election was necessitated after Bharatiya Janata Party (BJP) MLA Bijay Ranjan Singh Bariha died on October 3. The saffron party has given a ticket to run for office to the daughter of the deceased MLA.

At Sardashahar seat in Rajasthan, there was a turnout of voters of 5.27%. The sitting MLA at the seat was Bhanwar Lal Sharma who died on October 9 this year. The Congress who is in power in the state, has given his son a ticket for the by-elections.

The state constituencies of Uttar Pradesh, Rampur and Khatauli, are very important to the ruling BJP in the state.The Rampur seat was vacated after the sitting MLA and SP leader, Azam Khan, was disqualified after being sentenced in a hate speech case.

Meanwhile, the seat of Katuali fell vacant after BJP legislator Vikram Singh Saini was convicted and sentenced to two years’ imprisonment in a 2013 riot case.

The Bhanupratappur (ST) assembly constituency in the tribal Bastar region of Chhattisgarh has recorded a 9.89% voter turnout. The by-election for the seat was vacated after the death of Vidhan Sabha deputy speaker Manoj Mandavi.