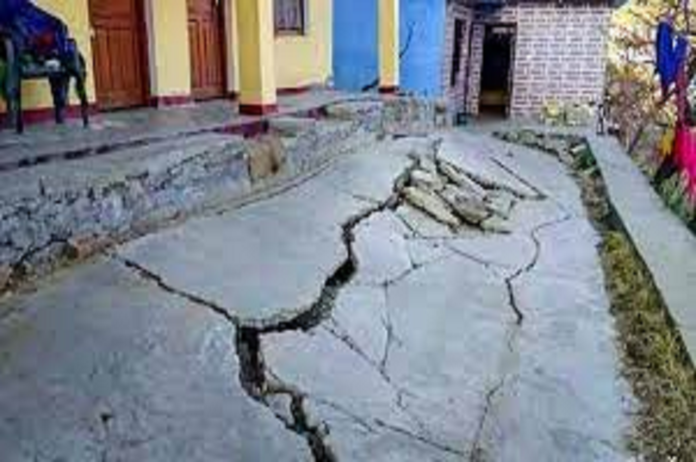 Uttarakhand Land Sinking: In Uttarakhand (Uttarakhand), houses are falling apart in many districts one by one. In Joshimath, 723 houses developed cracks within a few days. These cracks are continuously increasing. After this, cracks have been seen in 27 buildings in Karnprayag.

The administration has started its investigation. The team of IIT Roorkee is on the spot, but now the heartbeat of the Uttarakhand government has increased, because cracks are being seen in the houses in Tehri district as well.

According to ANI, Tehsildar of Karnprayag Surendra Dev told that he had inspected here earlier also. Now 27 buildings were identified and geological surveys and other major plans were recommended. The team of IIT Roorkee has conducted the survey here twice. His report is awaited. Unsafe buildings are being identified. They will be evacuated. Today’s inspection report is being sent to DM.

Quoting a media report, it has been said that the Rishikesh-Karnprayag rail line passing through Atali village of Narendranagar assembly constituency of Tehri district has increased the difficulties of the local people. Dozens of houses have developed cracks due to a massive landslide at one end of Atali. While blasting is going on in the tunnel at the other end of the village.

Local people living in Atali say that when blasting takes place in the tunnel, their houses start shaking. Some of the affected families go out with their children in the dark of night. We are forced to spend the winter nights here. Additional District Magistrate Tehri and SDM Narendranagar have also held a meeting with all the affected families. The villagers allege that the administration holds meetings every six months, but no concrete steps are being taken.