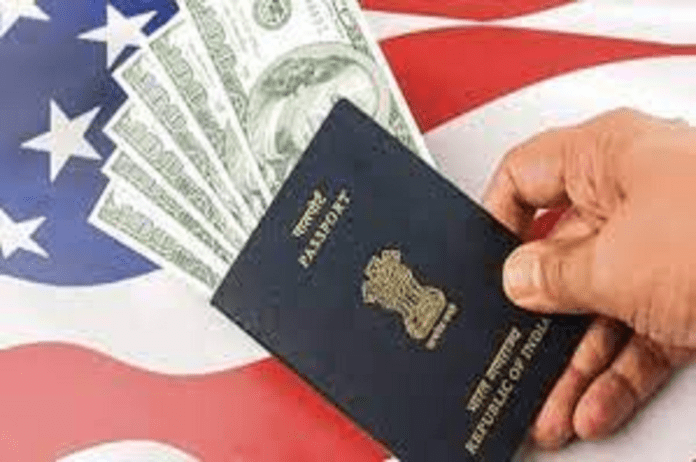 US visas to Indian students: In the fiscal year 2022, almost 1,25,000 student visas were issued by the American embassy and consulates in India, according to State Department spokeswoman Ned Price.

In response to a question regarding the delay in issuing visas to Indian visitors, Price acknowledged that there was a delay but added, “In the single fiscal year 2022, our embassies and consulates in India issued more student visas than ever before. Nearly 1,25,000 student visas have been issued by us.” We are doing everything we can to shorten the wait times for visa interview appointments as soon as we can, he continued, “but we do acknowledge that certain applicants may still have to endure extended visa wait times.

US visas to Indian students:

According to Price, the US is dedicated to preserving national security while facilitating legitimate travel for non-immigrant tourists. He added that the administration’s objective and the US economy depend on prompt visa processing.

Price emphasised US efforts to issue visas fast, saying, “We have quadrupled the hiring of US service members and foreign nationals to accomplish this essential work. The processing of visas is returning more quickly than anticipated, and in the upcoming years, we anticipate reaching pre-pandemic processing levels.

A senior US Embassy official had previously expressed confidence in India, stating that New Delhi is anticipated to exceed China in terms of visa issuance by 2023 and will be placed second after Mexico.

“By the summer of the following year, India is predicted to overtake China in terms of the number of US visas obtained. India is anticipated to come in second in the issue of US visas, behind Mexico “In New Delhi, a senior US embassy official stated. There will be openings starting in mid-November, according to a senior US Embassy official in New Delhi.

“We wouldn’t have to wait long for different types of visas. There is some wait time for each different category “senior US Embassy representative added. (US visas to Indian students).

100,000 spots have been made available in the US for those seeking H and L labour visas. The wait times will be reduced as a result of what has already happened.