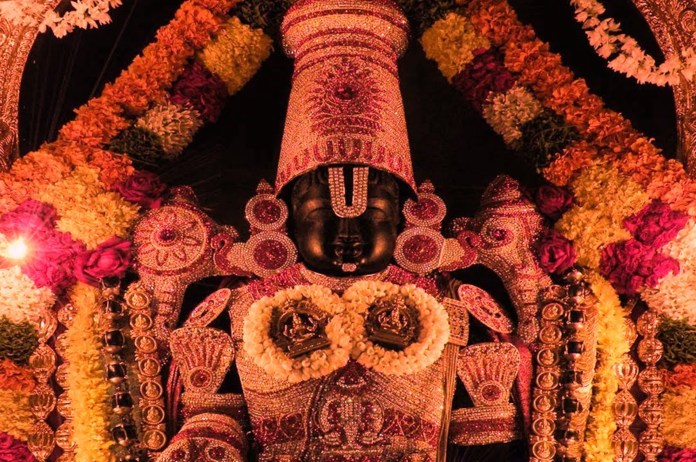 New Delhi: The net valuation of Tirupati’s world-famous Lord Venkateswara temple is recorded more than Rs 2.5 lakh crore (about USD 30 billion), which is greater than the market capitalisation of IT services major Wipro, food and beverage company Nestle, and state-owned oil companies ONGC and IOC.

For the first time since its creation in 1933, Tirumala Tirupati Devasthanams, caretaker of the temple devoted to Tirupati’s presiding deity, disclosed its financial status.

Several blue-chip Indian companies are worth more than the Tirupati temple’s net worth at the current market price, according to stock exchange data.

Only a small handful of businesses have market values greater than the net wealth of the temple trust.

According to a temple official, Tirumala Tirupati Devasthanams (TTD) is getting richer and richer as cash and gold gifts from pilgrims at the hill temple climb and fixed deposits in banks generate more money as interest rates rise.

The property possessed by TTD consists of land plots, structures, money, and gold deposits made in banks as donations to the temple by worshippers.

According to temple officials, placing a value on precious antique jewellery and real estate, such as cottages and guest houses on the seven hills to accommodate pilgrims, could be misconstrued and does not contribute to the estimated total asset worth.

Devotees adore the vast seven hills as Lord Venkateswara’s home and hold them in high regard.

The TTD forecasted about Rs 668 crore as income in the form of interest from cash deposits in banks in its around Rs 3,100 crore annual budget for 2022–23, which was presented in February. Additionally, it was estimated in the hundi of the hill temple that about 2.5 crore worshippers would make financial offerings totaling Rs 1,000 crore.